The Nehru Institute of Mountaineering (NIM) said that in total 27 bodies have been recovered so far, out of which 21 have been handed over to the respective families. 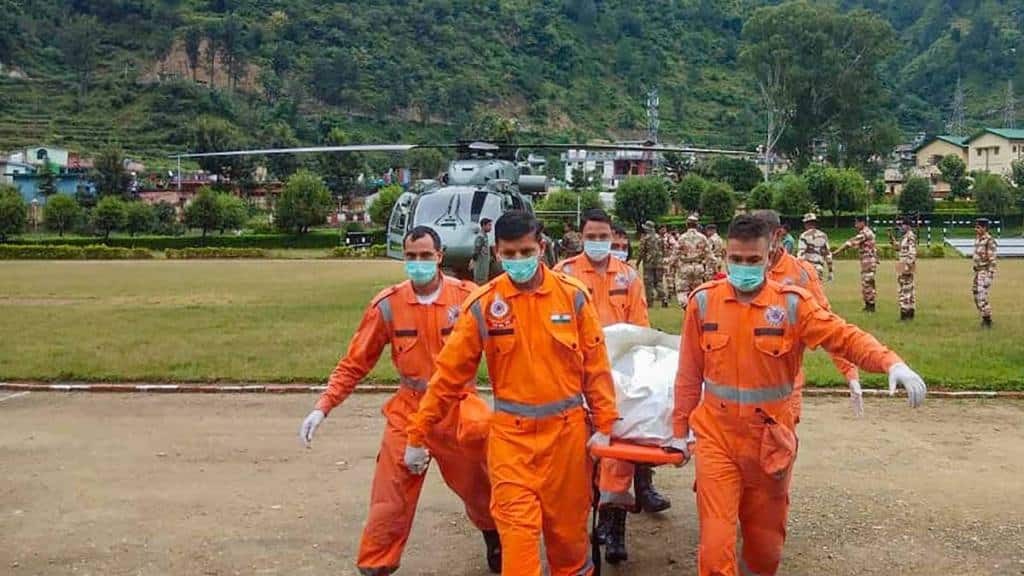 Ten more bodies of mountaineering trainees were brought to Uttarkashi on Sunday, as search and rescue operations continued for the sixth consecutive day at the avalanche site near Draupadi Ka Danda-II peak in Uttarakhand’s Uttarkashi district, reported PTI.

The Nehru Institute of Mountaineering (NIM) said that in total 27 bodies have been recovered so far, out of which 21 have been handed over to the respective families.

District Magistrate Abhishek Ruhela on Sunday said that six bodies were at base camp and that search is underway for two more trainee mountaineers.

“Ten bodies were brought today while six are at base camp. Searches underway for two trainees who are still missing. Relatives of the deceased have come while arrangements are being made to take the bodies to native places,” he said, as quoted by ANI.

The bodies were earlier brought in an Army helicopter from the advance base camp in Dokrani, before being brought to Harshil from the Army helipad and handed over to the families.

On October 4, an avalanche had hit at a height of 17,000 feet when the team from NIM, including 27 trainees and two instructors, who were part of the advanced training course, got stuck, when they were returning from the summit.

The NIM, along with the Army, Indian Air Force,Indo-Tibetan Border Police, High Altitude Warfare School (Jammu and Kashmir) and State Disaster Response Force and district administration, are conducting the search and rescue operations.