Uttarakhand Elections 2022: According to the survey, Congress leader and former chief minister Harish Rawat has emerged as the most-favoured CM candidate. 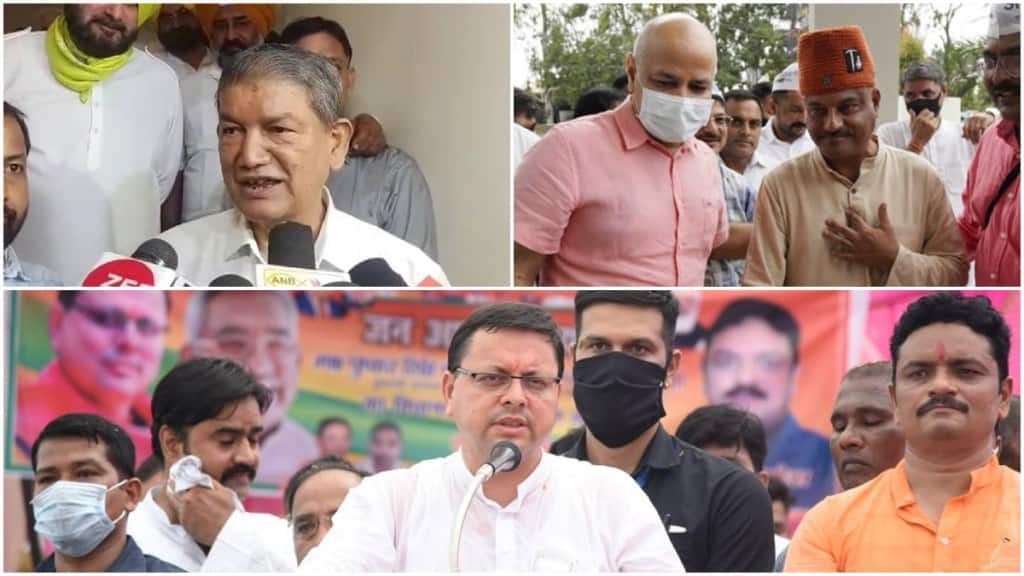 Uttarakhand Elections 2022: According to the survey, Congress leader and former chief minister Harish Rawat has emerged as the most-favoured CM candidate.

The upcoming Uttarakhand Assembly elections are expected to witness a neck-and-neck fight between the ruling BJP and the opposition Congress, with the latter getting a little edge over the former, according to ‘Janta Ka Mood’ opinion poll conducted by Zee News.

The survey has predicted that the BJP will win 33 seats in the 70-member state assembly while the Congress will bag 35 seats. The Aam Aadmi Party, making its debut in the state elections, may end up winning one seat.

If Uttarakhand sees a hung House, the Independent candidates will play kingmaker and will decide whether the Congress manages to turn the tables in the state.

According to the survey, Congress leader and former chief minister Harish Rawat has emerged as the most-favoured CM candidate with 43 per cent respondents voting in his favour while only 31 per cent voting in favour of current CM Pushkar Singh Dhami. BJP’s Anil Baluni remained the third most popular choice with 11 per cent votes.

In the 41 seats of the Garhwal region, BJP is likely to secure around 43 per cent of the total vote share, while Congress is likely to get 38 per cent. Meanwhile, in Garhwal, the ruling BJP is expected to win somewhere between 22-24 (23) seats. Congress is way behind the ruling BJP here, and the party appears to be getting between 15-17 (16) seats.

The BJP is expected to suffer the brunt of the frequent change of leadership in the state. In its tenure of five years, the BJP was forced to change three chief ministers in Uttarakhand. While Trivendra Singh Rawat was replaced by Tirath Singh Rawat, Dhami replaced Tirath to become the third BJP CM within five months in 2021.

In the 2017 assembly elections, the BJP had won 57 seats, Congress 11 and others were settled with two seats.

Uttarakhand goes to polls in single phase on February 14 while the vote will counted on March 10 along with four other states – Uttar Pradesh, Punjab, Goa and Manipur.