Uttarakhand Election 2022 Winners List, Uttarakhand Assembly Election Full List of Winners: A total of 632 candidates were in the poll fray. 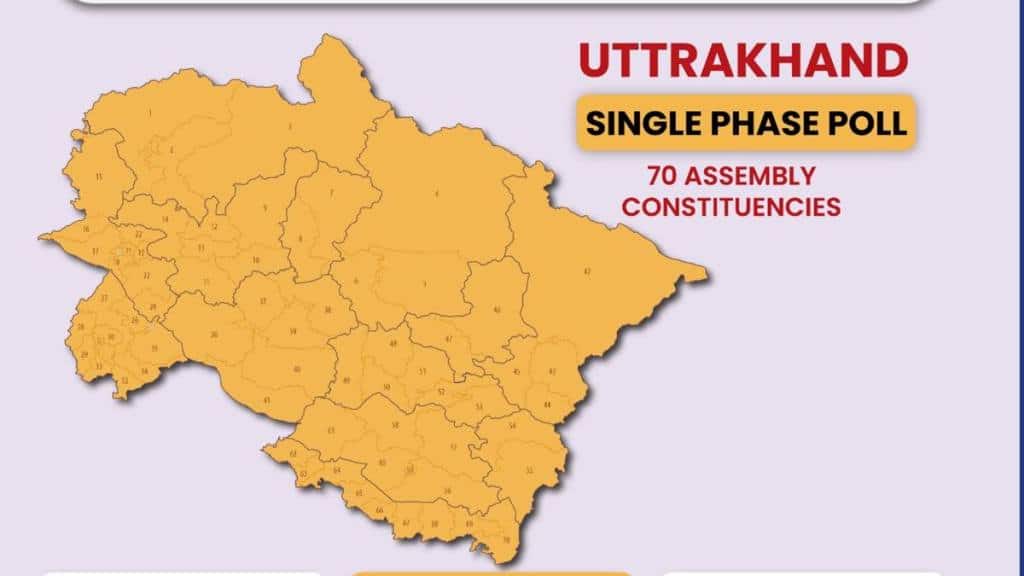 The BJP, Congress and AAP had fielded candidates in all 70 seats.

Uttarakhand Winner Candidate List 2022, Uttarakhand Election Result 2022 Seat Wise: Uttarakhand Assembly Election 2022 Full List of Winners: The ruling BJP has retained power in Uttarakhand, though with lesser seats than 2017 polls this time. The saffron party won 47 seats in the hill state defying anti-incumbency while the Congress, which was hoping to return to power in the state, was confined to 19 seats. This is eight seats more than what it got in the 2017 polls. In the 70-member assembly, 36 is the majority mark. However, in a loss of face for the ruling party, sitting chief minister Pushkar Singh Dhami lost from the Khatima seat to Bhuwan Chandra Kapri of Congress. Former Chief Minister Harish Rawat also lost from the Lalkuwa seat. However, his daughter Anupama Rawat won from the Haridwar Rural seat. While BJP’s Satpal Maharaj won from the Chaubattakhal seat, Daleep Singh Rawat defied the mighty attempt of Harak Singh Rawat by defeating his daughter-in-law Anukriti Guasain Rawat from the Lansdowne seat. The BSP, which had drawn a blank during the 2017 polls, saw some revivals as it won two seats. The saffron party received a vote share of 44.3 per cent, the Congress around 38 per cent.

The voting in the state was held on February 14 in a single phase. The state witnessed a direct contest between the ruling BJP and the Congress even though the Aam Aadmi Party (AAP) campaigned hard to bring its Delhi model to the hill state. The BJP, Congress and AAP had fielded candidates in all 70 seats. The AAP could not open its account despite promising a number of freebies. AAP’s chief ministerial candidate Colonel Ajay Kothiyal lost from the Gangotri seat where the BJP candidate won and the Congress came second. A total of 632 candidates were in the fray from 70 assembly seats. Of the four assembly elections that the Uttarakhand had witnessed since 2002, both the Congress and the BJP had two terms each. No chief minister in the state has so far completed a five-year term except for ND Tiwari. The BJP had to change two chief ministers in its five-year tenure between 2017 and 2022.