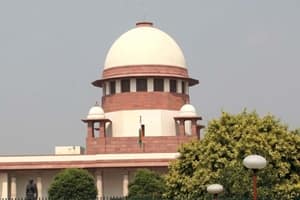 In no relief to Congress’ rebel MLAs, the Supreme Court on Monday refused to stay Uttarakhand High Court’s ruling on the disqualification of the nine MLAs. The apex court refused to pass interim order on allowing nine disqualified MLAs to vote in May 10’s floor test. SC’s ruling will provide a boost to sacked CM Harish Rawat during Tuesday’s vote of confidence.

Earlier in the day, the Uttarakhand High Court dismissed the petition of nine rebel Congress MLAs challenging their disqualification, holding that by their conduct they have “voluntarily given up membership of their political party”, implying that they can be disqualified on that ground.

“This court, subject to scrutiny of Speaker’s action on the principles of natural justice, therefore, holds that the ingredients of paragraph 2 (1) (a) of the Tenth Schedule of the Constitution are met against the petitioners.

“By their conduct, it has been established that they have ‘voluntarily given up membership of their political party’, even if they have not become members of any other political party,” Justice U C Dhyani said in his 57-page judgement.

He was giving a verdict on the two writ petitions filed by the nine MLAs against Speaker Govind Singh Kunjwal in disqualifying them for joining hands with BJP MLAs against the Congress government headed by Harish Singh Rawat.

Today’s order of the high court ensures that their disqualification stays and will keep the rebel MLAs out of the proceedings during the confidence vote for Rawat in the Assembly tomorrow ordered by the Supreme Court last week.

Ordering a floor test on May 10 in the Assembly, the Supreme Court had said “if they (disqualified MLAs) have the same status” at the time of vote of confidence, they cannot participate in the House.