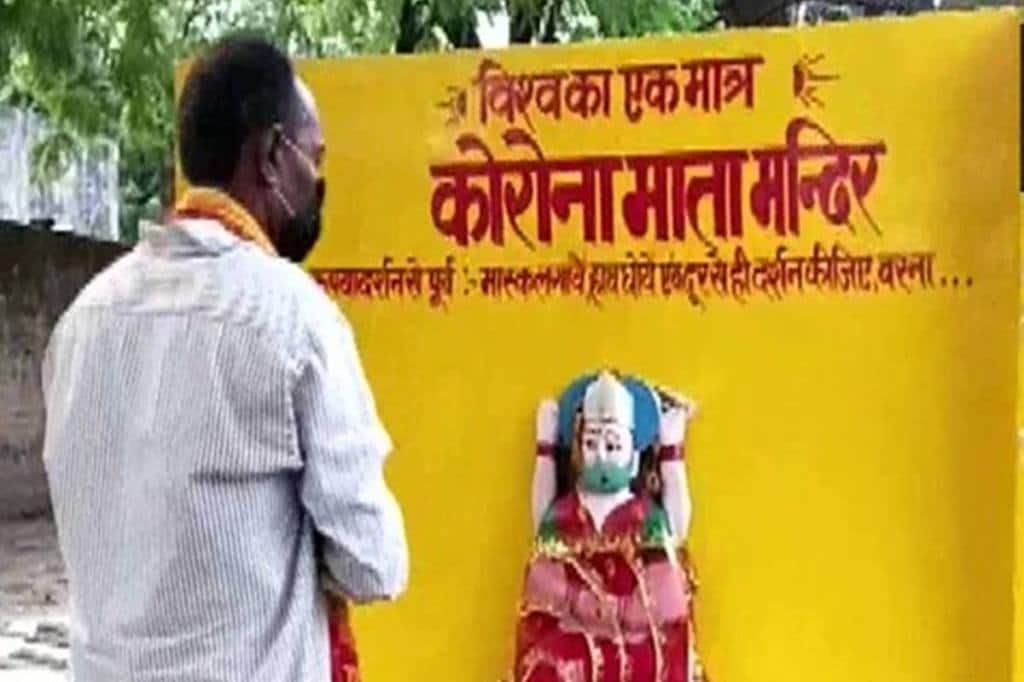 The court said that the petitioner has abused the process of the jurisdiction of this court under Article 32 of the Constitution of India.

The Supreme Court of India has fined a Uttar Pradesh woman who had approached the top court against the demolition of the ‘corona mata’ temple she had built. The apex court termed the woman’s move of approaching the court as an abuse of the judicial process. The top court also dismissed the PIL filed by the woman who had built the temple along with her husband in Uttar Pradesh’s Pratapgarh district. A bench of Justice SK Kaul and Justice MM Sundaresh, while dismissing the petition, imposed a fine of Rs 5,000 on the petitioner. The bench also observed that the land on which the temple was built is disputed.

The top court also said that if the petitioner has submitted that it was her private land and the construction of the temple was done in accordance with the local rules, she has not exercised proper legal remedy. The court also noted that the petitioner has not constructed any temple for all other diseases affecting the people of the country and the land on which the temple was built was disputed, as recorded. A complaint was also made to the police in this regard, said the court.

The court said that the petitioner has abused the process of the jurisdiction of this court under Article 32 of the Constitution of India. “The writ petition is dismissed with the imposition of a fine of Rs 5,000,” said the court while asking the petitioner to deposit the fine in the Supreme Court Advocates on Record Welfare Fund within four weeks, reported the Hindustan.

Follow us on
Latest News
Another Delhi shocker: Mother-son duo arrested for murdering father, chopping body into pieces, storing them in refrigerator
TDS hike on Dividend, tax exemption Upto Rs 1 Lakh on STCG among Budget 2023 expectations of Stock Brokers
Su Zhu reveals latest attempts at a comeback post-FTX
UHI shall be the UPI moment for digital health service delivery: Dr. R S Sharma
Amazon says its new robot ‘Sparrow’ is designed to work with people, not take away their jobs
TheLabelLife awards AdLift its SEO and content marketing mandate
Bitcoin mining revenue declines to its lowest in two years due to increasing network issues
Photos
Mumbai Attack 26/11: Tributes paid to martyrs on 14th anniversary of terror attacks that shook the nation
2 days agoNovember 26, 2022
Rahul Gandhi’s Bharat Jodo Yatra reaches MP, catch a glimpse of journey so far – Photos
4 days agoNovember 24, 2022
ASEAN Defence Ministers’ Meet: Rajnath Singh calls for urgent efforts to counter global terrorism, co-chairs meet with Cambodia’s Dy PM – Check photos here
4 days agoNovember 24, 2022
Read More
×
Gujarat elections: In communally-sensitive Godhra, AIMIM seeks to cement gains it made in 2021 civic elections
Bail is the rule and jail an exception: How the right to bail has been eroded in the name of ‘public safety’
Mainpuri Lok Sabha byelection: ‘Mulayam’ card may not be enough for Dimple Yadav to sail through in SP’s backyard
Gujarat polls: Only 139 women candidates in fray out of total 1,621 contestants, 38 of them from three major parties
Gujarat Elections 2022: ‘Mahadev and Allah are the same’, says Congress’ Rajkot candidate; sparks row
Gujarat Elections 2022: For families of fishermen languishing in Pakistani jails, getting their kin back only poll issue