UP Elections: BJP winning battle of perception, but can it counter changing caste arithmetic?

A pertinent question to ask is if the narrative built over the exit of these rebels from the BJP – mostly from the OBC community – enough for the Samajwadi Party to triumph over the BJP. 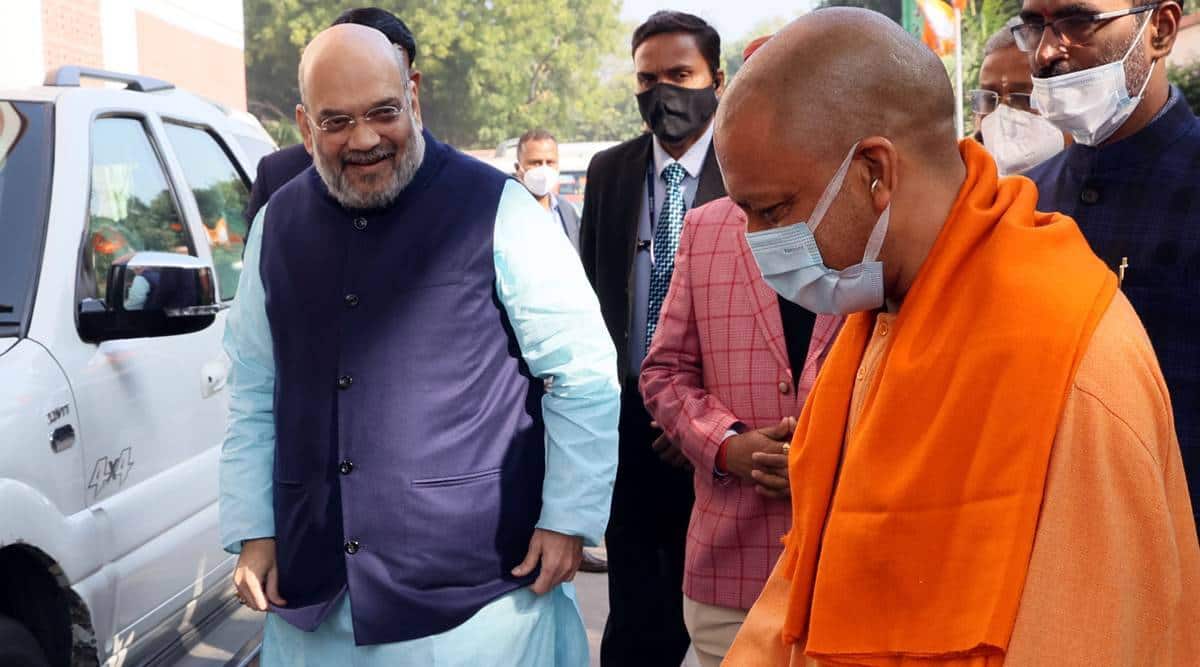 While the BJP doesn’t seem too worried for now, it is certainly treading cautiously as was evident in its first of 107 candidates, which included 60 per cent OBC candidates.

Political circles in poll-bound Uttar Pradesh have been abuzz over the mass exodus of leaders from the ruling BJP to the Samajwadi Party camp. Three ministers jumping the ship to the rival camp can be a setback for any ruling party, which is going into polls and already faces the challenge of anti-incumbency. The developments over the past few days threaten to have far-reaching consequences for the BJP as the ministers who quit also took a sizable number of MLAs with them. All MLAs hail from the non-Yadav OBC communities, the very factor that helped BJP register a resounding win in the 2017 elections.

While the entry of SP patriarch Mulayam Singh Yadav’s younger daughter-in-law Aparna Yadav appears to have given a definite edge to the BJP in a perception battle against the SP, questions remain over the possible impact that the BJP may have to face as a result of the Opposition’s narrative that the BJP government primarily remains a pro-upper caste regime. The three ministers and five MLAs who quit the BJP all cited negligence of the backward community by the party leadership, which in turn, helped cement the opposition’s charge. The exodus of non-Yadav OBC leaders also indicates a ‘Mandal’ revival, a brand of politics that revolves around caste identity and reservation benefits.

While the BJP doesn’t seem too worried for now, it is certainly treading cautiously as was evident in its first of 107 candidates, which included 60 per cent OBC candidates.

A pertinent question to ask then is if the narrative built over the exit of these rebels from the BJP – mostly from the OBC community – enough for the Samajwadi Party to triumph over the BJP. Can these leaders bring in enough electoral heft to fill the vote gap between BJP and SP?

For SP, a case of too little too late?

Political commentator and poll strategist Amitabh Tiwari says that these defections will not be enough to earn the Samajwadi Party a victory since the move has come a little too late. “These defections are not enough for the Samajwadi Party because the realisation to Akhilesh Yadav is very late. They won earlier based on the OBC vote bank because back then the state usually witnessed triangular contests. In fact, in 2012, it was quadrangular when Congress got 12 percent votes and the BJP 15 percent. So, a party that received over 30 percent votes used to win. But, now that vote percentage is not enough for victory. So, they were supposed to work in the direction of adding a voting block way before than now,” Tiwari told FinancialExpress.com.

Tiwari adds that the Samajwadi Party has never actually worked towards expansion and the buzz over these defections from the BJP will die down in the next few days. “There will be a close gap but the BJP still has an edge,” he said.

Tiwari said if the defectors emerge victorious, the Samajwadi Party will face the challenge of giving them representations, while the party already has several contenders for ministerial posts within the family.

‘Akhilesh tarnishing his own credentials’

Political commentator Dr Suvrokamal Dutta also echoed similar sentiments, saying that taking in defectors was eventually reflecting Akhilesh Yadav’s “desperation” to make electoral gains. Projecting 250-270 seats for the BJP and 100-130 for the Samajwadi Party, he said that the exodus will not have much impact on the poll outcome since the rebels are “opportunist people” who do not have a “permanent ideological commitment”. Dutta, however, acknowledged the fact the rebels might hit the BJP’s prospects in their own respective seats, which may have an overall shift of one or two seats.

“Most of them were with the BSP, then they came to the BJP, and then from the BJP they shifted their allegiance to the Samajwadi Party. There is no guarantee that tomorrow they will not go the Congress. These are opportunist people, they just go with the wave and just try to see if their vested interests get fulfilled or not,” Dutta told FinancialExpress.com, adding that the SP rolling out a red-carpet to welcome all defectors only reflects desperation and hurts Akhilesh’s chances of returning to power.

The BJP has set the record straight – no ticket to more than one member of the family, except sitting MLAs. This is the reason why BJP MP Rita Bahuguna Joshi is willing to resign from her seat, only to make way for her son from Lucknow Cantt constituency.

Why defections may not harm BJP

The question whether these rebel leaders are electorally capable to turn the tables in SP’s favour has its answer lying in another question – did these leaders help the BJP win back-to-win back elections in UP or was it the ‘Modi wave’ that helped them win from their respective seats after joining the saffron party?

Talking about the most prominent among them, Swami Prasad Maurya has been in six different political parties in his three-decade-long career. Second is the fact that these leaders are not influential beyond a few districts. So obviously, their capability to transfer votes across the entire state is questionable.

Also, all the hype and spotlight over the OBC vote-bank amid these defections tends to trigger counter-polarisation. Defections by locally powerful leaders may help in winning an extra seat or two, but it will not fundamentally alter the political equation in UP. To keep it simple, the social coalition of BJP is currently more robust than the social coalition of SP.

Two of the three defecting ministers are from eastern UP: Maurya from Padrauna constituency and Dara Singh Chauhan from Mau. The region has 102 of the state’s 403 Assembly seats. In the last election, the BJP won 69 of the seats here, the SP 13, and the BSP 8. The BJP already seems to have countered the damage done by the defections, by fielding Chief Minister Yogi Adityanath from his home turf Gorakhpur. The exit of some leaders from the SP into the BJP also helps the saffron party in a battle of perception.

But as a matter of fact, the BJP cannot completely look away from problem of the fragmentation that is erupting among the OBCs who constitute 44 per cent of the population, within which category about 10.5 percent are MBCs or Most Backward Castes. The concentration of MBCs is higher in the east than in other parts of the state.

Wounded by the mass defections, the BJP countered the Samajwadi Party’s move by roping in one from within the Yadav family itself. SP founder Mulayam Singh Yadav’s daughter-in-law Aparna Yadav crossing over to the BJP has come as a major embarrassment for Akhilesh Yadav. Dutta says that the defection of one from within the family to the saffron bandwagon will have cascading effects on the prospects of the Samajwadi Party.

“Someone from the family defecting and joining the Bharatiya Janata Party would have a cascading effect on the credentials of the family itself because we all know the past equations of Akhilesh Yadav with his uncle, with his father and now with sister-in-law,” Dutta told FinancialExpress.com, suggesting that the BJP may deploy the Aparna Yadav to further embarrass Akhilesh and the SP.

Tiwari, on the other hand, said that Aparna’s induction into the BJP will not have much impact on the poll results since she is not a prominent mass leader like Swami Prasad Maurya who represents a community. “So, the impact of her joining the party will depend a lot on what she speaks against the Yadav clan in the coming days.”