All central government departments have been asked to ensure that updated details of officers responsible for handling RTI applications are available in the public domain. 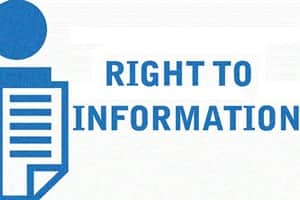 All central government departments have been asked to ensure that updated details of officers responsible for handling RTI applications are available in the public domain.

One of the items to be disclosed proactively by the public authorities (or government departments) under the Right to Information (RTI) Act pertains to the names, designations and other particulars of the Central Public Information Officers (CPIO) and its updation on yearly basis.

“It has been observed that in some of the public authorities, there are frequent changes at the level of the CPIOs and First Appellate Authorities (FAAs).

Commission while adjudicating second appeals faces difficulty in proceeding with the matter to afford reasonable opportunity of hearing to CPIO, which delays disposal of the cases,” the Personnel Ministry said in an order.

In order to avoid any hardship to CPIOs or FAAs, all the public authorities are requested to put up on their website the details of all such officers designated during different periods, beginning on January 1, 2015 till date and keep it updating from time to time, it said.

Section 4 of the RTI Act, 2005 lays down the items of information which should be disclosed by public authorities on proactive basis.

The purpose of suo motu disclosures is to place a large amount of information in the public domain on a proactive basis to make the functioning of the public authorities more transparent and to reduce the need for filing individual RTI applications, the order said.