The Anpara Thermal Power is located on the banks of Rihand reservoir in Anpara of Sonbhadra district. It has a total of 9 units and has a power generation capacity of 3,830 MW. 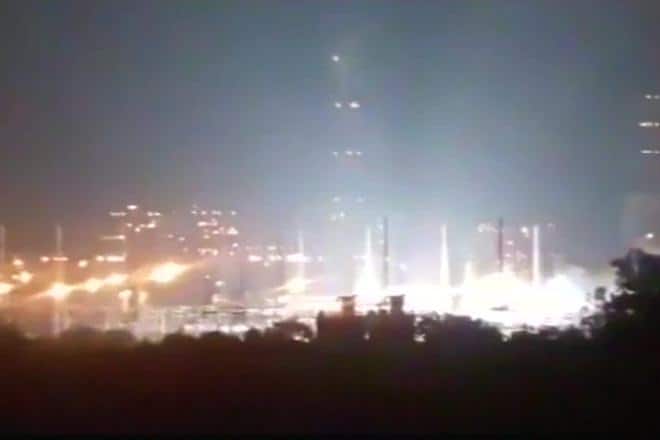 A massive fire broke out at the Anpara Thermal Power Station in Sonbhadra district of Uttar Pradesh late on Monday night. According to news agency ANI, the fire started at the switch yard at around 10:30 pm and engulfed the entire unit. Several fire tenders were rushed to the incident site and efforts are still underway to douse the flames.

Several electrical equipment were gutted in the fire. Officials as a precautionary measure immediately tripped the 210 MW first and third unit of the station. According to reports, the 125 KV switchboard (Singrauli incoming line) in the main grid was destroyed completely in the fire. An official who was present on the site, identified as Pradip Panik, suffered burn injuries.

Reports suggest that flames were so high that people could see the blaze from kilometres away.

Police, administration and plant officials have reached the site. They said that they are yet to ascertain the exact reason behind the tragedy but suspected that a short circuit could have possibly caused the fire. They said that loss caused due to the fire is yet to be assessed.

As a result of the fire, the 400 KV line between Obra and Sonbhadra also shut down due to a technical snag, leading to a situation of power crisis in the region.

The Anpara Thermal Power is located on the banks of Rihand reservoir in Anpara of Sonbhadra district. It has a total of 9 units and has a power generation capacity of 3,830 MW.