The proposed rally is being timed after the Centre withdrew the three contentious farm laws, which were at the at the centre of a raging farmers’ protest. 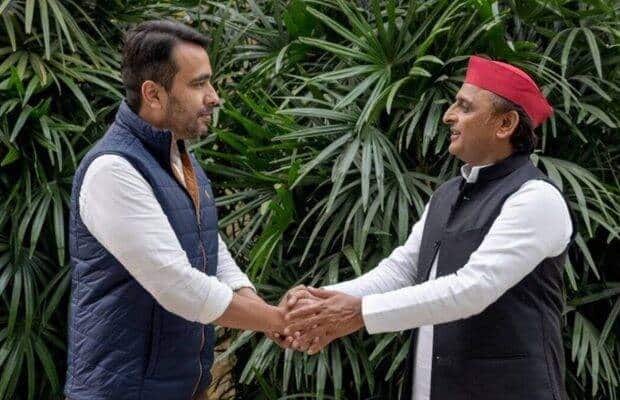 The proposed rally is being timed after the Centre withdrew the three contentious farm laws, which were at the at the centre of a raging farmers' protest.

As western Uttar Pradesh remains under a sharp political spotlight, Samajwadi Party chief Akhilesh Yadav and Rashtriya Lok Dal chief Chaudhary Jayant Singh are set to share the stage during a joint rally on December 7, at Dabthuva in Siwalkhas assembly of Meerut district. The two parties, who have already indicated towards a pre-poll alliance, are expected to make a formal announcement on the same.

“We’ll share a political stage for the first time after Lok Sabha polls and before Vidhan Sabha polls. People want to see a better option. In the current situation, there’s a failed ‘double-engine’ government. People are opposing it,” said RLD chief Jayant Chaudhary on the joint rally.

“Workers are happy that an alliance has almost been announced – when I met Akhilesh Yadav, it sent a message. We have a tradition that decisions aren’t taken behind closed doors, discussions are held in the public. We’ll give all our messages on 7th Dec,” he added.

The proposed rally is being timed after the Centre withdrew the three contentious farm laws, which were at the at the centre of a raging farmers’ protest. Western UP has emerged as a major challenge for the BJP amid the farmers’ agitation with pre-poll surveys suggesting major losses for the ruling party in the area.

The rally gains significance as the Samajwadi Party positions itself assertively against the BJP while rallying smaller outfits behind it. The BJP, too, has been flexing muscles to take on the opposition through amalgamation of Jats, Gujjars and Dalits in the region.

Notably, the Dabathua block happens to come under Siwalkhas assembly seat, which was won by BJP’s Jitendra Pal Singh who defeated SP’s Ghulam Mohammad by a margin of around 11,000 votes.

The SP’s tie-up with the Rashtriya Lok Dal, which enjoys significant clout in western UP, could tip the scale against the BJP. Many feel that the enormous support that the RLD has been drawing at Kisan Mahapanchayats in indicative of the resentment of the Jat voter against the BJP.

Political analysts feel that the SP-RLD-Bhim Army combine could bring Muslims, Jats and Dalits on a single platform and this could upset the BJP’s apple cart in region.

The sudden resurgence of the Rashtriya Lok Dal which has been catapulted to the political centre stage in western UP during the farmers’ agitation is one of the biggest factors to watch for this election.