Saini, a four-time legislator from Nakud in Saharanpur, was earlier with the BSP and had joined the BJP in 2016 with former UP minister Swami Prasad Maurya. 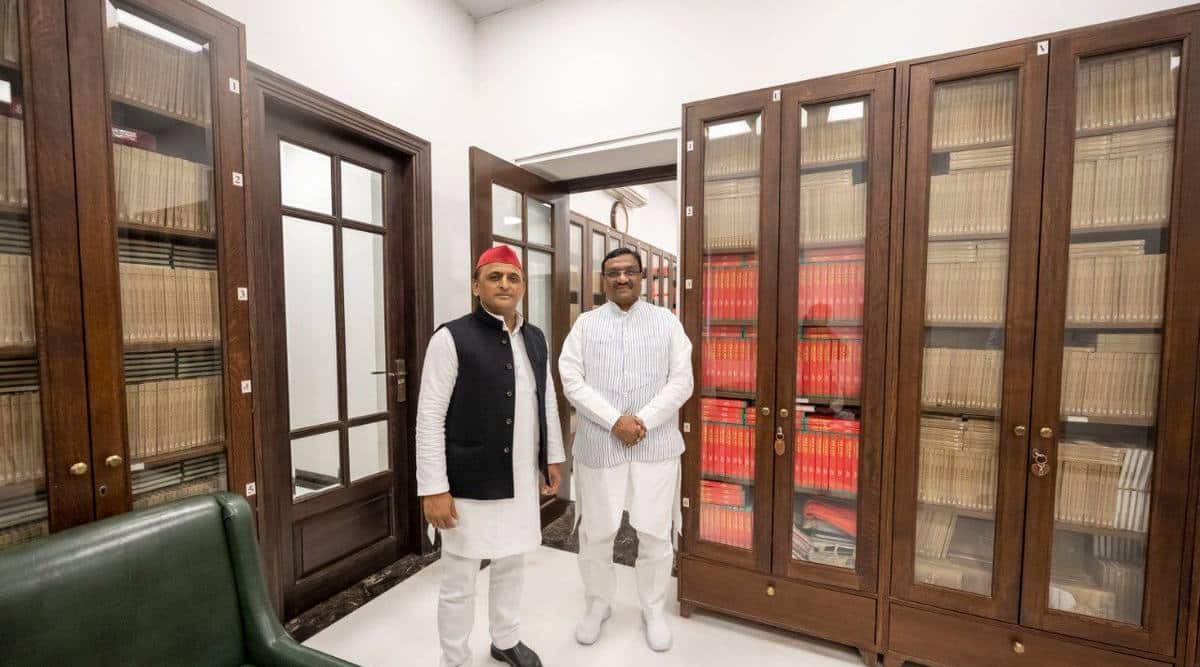 Saini, a four-time legislator from Nakud in Saharanpur, was earlier with the BSP and had joined the BJP in 2016 with former UP minister Swami Prasad Maurya.

Adding to the flurry of resignations in the BJP ahead of the Uttar Pradesh assembly elections, state Cabinet minister Dharam Singh stepped down from his post today. Singh is the third minister in Yogi Adityanath cabinet to have resigned in the last three days.

Soon after quitting as the state Cabinet minister, Singh met Samajwadi Party chief Akhilesh Yadav who tweeted a photo with the former, welcoming him to the party.

Singh cited the same reasons for his resignation as the other two ministers Swami Prasad Maurya and Dara Singh Chauhan, who are set to join the Samajwadi Party. He said that the current government was ignorant towards the Dalits, backward community, farmers and businessmen of the state.

Saini, a four-time legislator from Nakud in Saharanpur, was earlier with the BSP and had joined the BJP in 2016 with former UP minister Swami Prasad Maurya, whose exit from the party has kicked off mass exodus of leaders from the party, most of them being from the OBC community.

So far, three ministers and eight MLAs have announced to quit the party and most of them are jumping the ship to the Samajwadi Party.

Earlier today, two BJP MLAs – Mukesh Verma from Shikohabad and Vinay Shakya from Bidhuna – quit the party. The two said they are with Maurya and will join whichever party the OBC leader joins.

On Wednesday, three BJP MLAs announced their resignation from the party, seemingly in Maurya’s support. Yet another BJP MLA, Avtar Singh Bhadana, quit the party and is joining the Rashtriya Lok Dal, an SP ally.

The recent developments are set to strengthen the SP’s influence among the non-Yadav OBCs in the state, less than a month before the crucial elections that will also have an impact on the 2024 parliamentary polls.

On Tuesday, three other BJP MLAs — Tindwari’s Brajesh Prajapati, Tilhar’s Roshan Lal Varma and Bilhaur’s Bhagwati Sagar — had also announced that they were leaving the party. And rumours swirled about some others. On Wednesday, BJP MLA from Meerapur, Avtar Singh Bhadana, joined the Jayant Chaudhary-led Rashtriya Lok Dal.