Speaking about the ethanol plant, Yogi said its construction will help farmers extract diesel and petrol from their own farm produce in their fields. 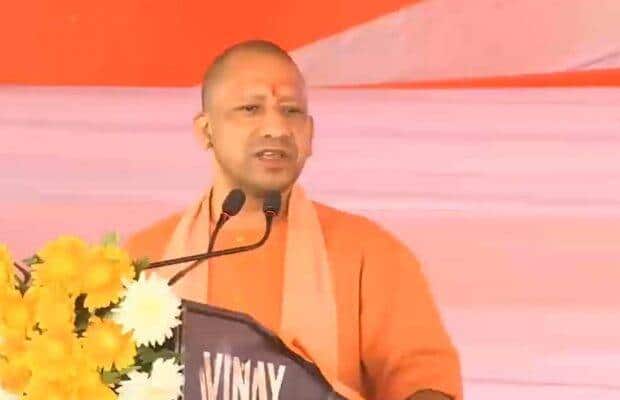 Uttar Pradesh chief minister Yogi Adityanath today launched a scathing attack on Samajwadi Party saying that it tried to withdraw cases registered against terrorists but the Allahabad High Court foiled its plan. The BJP leader also said that the rioters who follow Jinnah can’t understand the sweetness of sugarcane.

Addressing people on the occasion of laying of the foundation stone of an ethanol plant in Maijapur, Yogi Adityanath said, “Our government came, we made Uttar Pradesh riots-free. No riots took place in the last 4.5 years. In the BJP regime, the terrorists were killed in their den. Today, terrorist activities cannot take place in India. But under the Samajwadi Party’s government, the cases registered against the terrorists were withdrawn. Remember, the cases on terrorists who attacked the birthplace of Maryada Purushottam Shri Ram were shamelessly withdrawn by the previous government. Rioters, who are followers of Jinnah, how can they understand the sweetness of sugarcane,” said Yogi Adityanath targeting Akhilesh Yadav.

In 2013, the then SP-ruled UP government had issued an order for withdrawal of cases against the Ayodhya serial blast accused as it believed them to be ‘innocent Muslims’ implicated in false cases. The order was stayed by the Allahabad Court.

Speaking about the ethanol plant, Yogi said its construction will help farmers extract diesel and petrol from their own farm produce in their fields. He exhorted people to not fall for their promises as they keep changing their statements. Talking about the development projects, Yogi Adityanath said, “Who had stopped Congress? Who had stopped ‘Babua’ and ‘Bua’ (Akhilesh Yadav and Mayawati)? They had got full opportunity to work, but during their tenures work was done not for development but for ‘bhai-bhatijawaad’, caste and region.”

Uttar Pradesh will go to the polls next year. There are 403 MLA seats in the state.