UP Elections 2022: After Swami and Saini, Minister No. 3 Dara Singh Chauhan jumps ship to Samajwadi Party

So far, three ministers and 11 MLAs – most of them belonging to the OBC community – have quit the BJP in past one week, alleging negligence of Dalit and backward communities by the BJP. 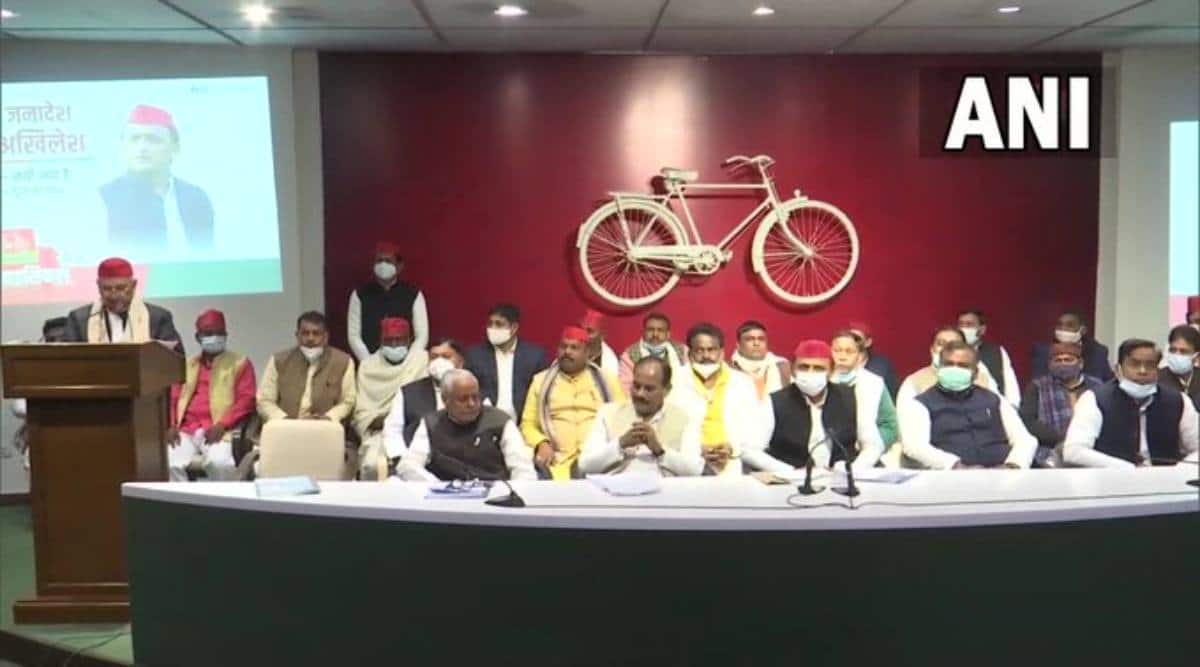 In what came as another shot in the arm for the Samajwadi Party less than a month ahead of the Uttar Pradesh Assembly elections, former state Cabinet minister Dara Singh Chauhan, who quit the BJP along with his colleagues Swami Prasad Maurya and Dharam Singh Saini, joined the Akhilesh Yadav-led party on Sunday.

So far, three ministers and 11 MLAs – most of them belonging to the OBC community – have quit the BJP in past one week, alleging negligence of Dalit and backward communities by the “pro-upper caste” regime.

Speaking at the event to welcome Chauhan in the party, Yadav said: “Backward classes and Dalits have understood that it is BJP’s strategy to privatise everything with time, and later jeopardise BR Ambedkar’s Constitution and finish the reservation system. No one can lie more than this BJP CM.”

Maurya and Saini, along with six rebel BJP MLAs, joined the Samajwadi Party on Friday as Yadav taunted the BJP for losing “one wicket after the other”.

Maurya was the first to desert the BJP, and the move was followed by similar announcement by others — mostly leaders from the Other Backward Classes who claimed that the ruling party had ignored their community. Apart from Maurya, his former cabinet colleague Dharam Singh Saini and five other BJP MLA joined the SP on Friday.

They are Bhagwati Sagar (from Bilhaur in Kanpur), Roshanlal Verma (Tilhar in Shahjahanpur), Vinay Shakya (Bidhuna in Auraiya), Brajesh Prajapati (Tindwari in Bahraich) and Mukesh Verma (Shikohabad in Firozabad).

The crossing over of the OBC leaders could help the SP expand its support base among the backwards, who form over 50 per cent of the UP population.

Uttar Pradesh will vote in seven phases between February 10 and March 7 and the votes will be counted on March 10. While pre-poll surveys have predicted a comfortable victory for the BJP, the mass exodus of leaders from the party could change the narrative in Samajwadi Party’s favour to a considerable extent.