On Tuesday, some people were injured after a “stampede-like situation” occurred during a marathon organised by the Congress in Bareilly. 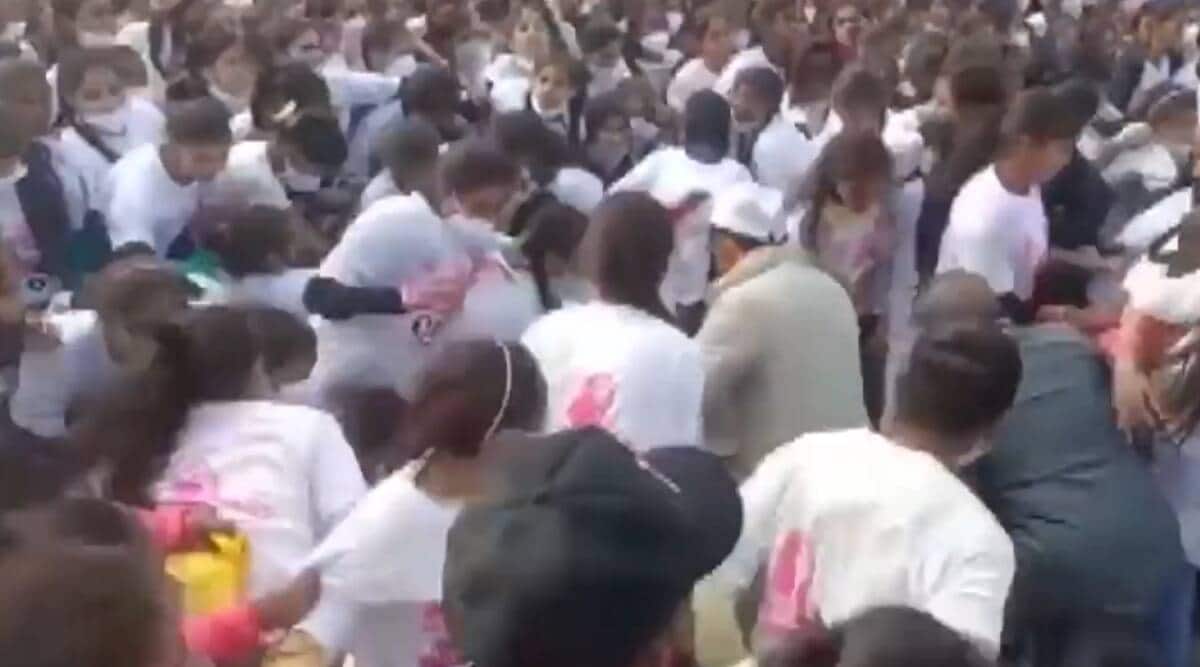 The Congress has cancelled all poll rallies in poll-bound Uttar Pradesh following a “stampede-like situation” during a marathon organised by the party in Bareilly on Tuesday.

The Congress has postponed its ‘Ladki Hun Lad Sakti Hun’ marathon rallies in poll-bound Uttar Pradesh, reported news agency ANI. While the party has cited the rise in COVID-19 cases, the move comes a day after a “stampede-like situation” during a marathon organised by the party in Bareilly on Tuesday.

Meanwhile, Chief Minister Yogi Adityanath has cancelled his rally in Noida which was scheduled to be held on Thursday. The district has reported the highest number of COVID-19 cases in the state.

On Tuesday, some people were injured after a “stampede-like situation” occurred during a marathon organised by the party in Bareilly. The event was held as part of Congress party’s “Ladki Hoon, Lad Sakti Hoon” Assembly election campaign. Videos of the incident also went viral on social media.

While the Congress alleged that the incident was a fallout of laxity on part of the district administration and a conspiracy, the BJP said the opposition party was making girls “pawns” for its “petty politics”.

The Congress has been organising marathons in different parts of Uttar Pradesh under its ‘Ladhki Hoon, Ladh Sakti Hoon’ (I am a girl, and can fight) campaign that furthers party general secretary Priyanka Gandhi Vadra’s women-centric agenda for the upcoming assembly polls.

A large number of participants of the long-distance run had gathered around 9 am at a school ground and video clips showed that in a rush to race ahead, participants stumbled and fell on each other. Videos showed there was no social distancing and many were not wearing masks, violating Covid protocols.

Seeking to regain its lost ground in the politically crucial state, Congress has chosen to go into the polls with the gender equality agenda, and prominent is Priyanka Gandhi’s announcement of alloting 40 per cent of poll tickets to women candidates. ‘Ladki Hoon Lad, Sakti Hoon is one of the slogans it has given to underscore women power.

Despite the sharp in COVID-19 cases, the Election Commission – after its three-day visit to Uttar Pradesh – said that the political parties in the state wanted the polls to be held on time.

Next Story
Kaleshwaram project an ATM for KCR; CM has lost his sense of proportion: JP Nadda in Hyderabad