UP Elections 2022: BJP counters Akhilesh’s ‘family man’ dig at CM with reminder of ‘insult’ to Mulayam 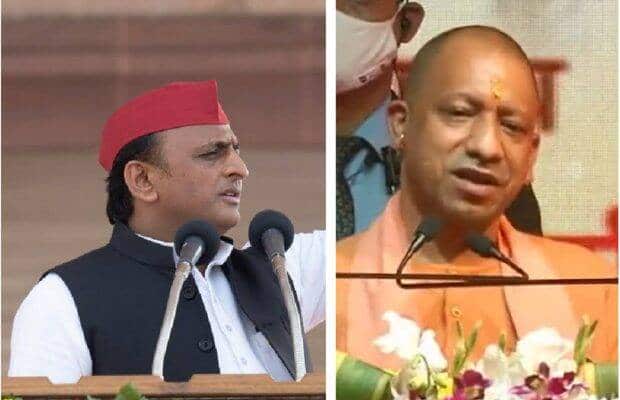 Hitting back at the former CM, the BJP today said that Akhilesh should not worry about Yogi’s family as the whole of Uttar Pradesh is his family.

Akhilesh Yadav made the remarks against Uttar Pradesh chief minister Yogi Adityanath. He had renounced worldly life at the age of 22 when he came to Gorakhpur.

Hitting back at the former CM, the BJP today said that Akhilesh should not worry about Yogi’s family as the whole of Uttar Pradesh is his family. The BJP also reminded Akhilesh how he had insulted his father Mulayam Singh Yadav and this uncle Shivpal Yadav.

“Akhilesh Bhaiya…Don’t worry about Yogiji’s family. For him, the whole state is his family. And yes… the people of UP have not forgotten how you insulted your own respected father for power by betraying him,” said the BJP.

It may be recalled that Akhilesh Yadav was at odds with his father and his uncle during the 2017 state polls. He had also made his uncle Shivpal resign from the cabinet post. While campaigning for the polls then, PM Narendra Modi had said that one who didn’t bother about his father will never bother about others. Addressing party workers after SP’s defeat in the polls, Mulayam Singh Yadav had said, “I was humiliated badly. I had never seen such humiliation in my life. Still, I endured it. In Indian politics during one’s lifetime, no father made his son the chief minister, but I made Akhilesh the chief minister of Uttar Pradesh….What Modi said was not wrong, one who did not care about his father, what will he do for others.”

Uttar Pradesh will go to the polls around March-April next year.