A few days ago, Akhilesh Yadav had said that he won’t contest the assembly polls. 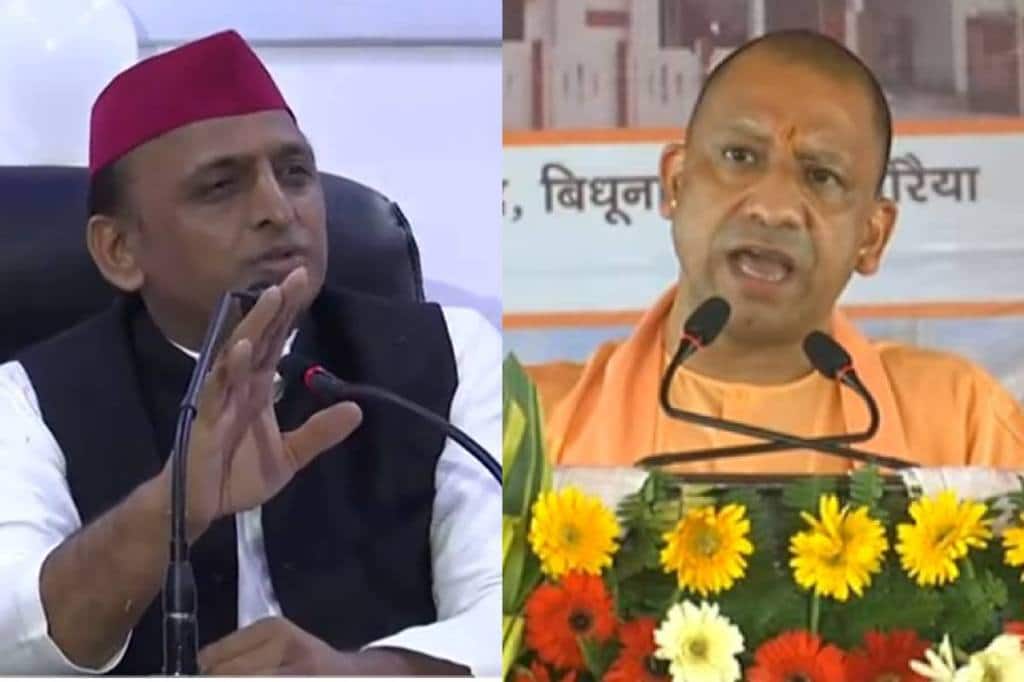 Akhilesh Yadav was a member of legislative council while Yogi Adityanath is currently an MLC.

Ahead of the Uttar Pradesh assembly elections, Chief Minister Yogi Adityanath and former CM Akhilesh Yadav today said that they may contest the next year’s election if the party decides. Talking to reporters in Gorakhpur, Yogi Asityanath said that he will contest the assembly polls if the party asks him to do so.

“I have always contested elections and I will contest from wherever the party will say,” said Yogi Adityanath.

On the other hand, Samajwadi Party leader Akhilesh Yadav, who was addressing media after inaugurating the office of Janwadi Party Socialist in Lucknow today, said that if his party decides, he may contest the polls. Reacting to the question of whether he will contest polls just like Yogi Adityanath has confirmed, Akhilesh Yadav said, “Ab baba mukhyamantri ji ko chunav nahi ladna chahiye. Wah jaa rahe hai. Jaane wale se kya lena dena. Samajwadi Party ne tay kiya hai, Samajwadi Party tay karegi aur jab chunav hoga to honge chunav ke maidan me…party tay karegi aur jab chunav maidan me hai to chunav se peeche kaise hatenge (Now CM should not contest polls, he is going (out of power after polls). What we have to do with the one going out. Samajwadi Party has decided and Samajwadi Party will decide and when there will be an election, I will be in the battle field…party will decide and when we are out in the election field, how can we move back from election).”

Akhilesh Yadav then quipped that if he would say yes now, then reporters will ask about the assembly constituency from where he would contest the poll. “Will tell at an appropriate time,” he said.