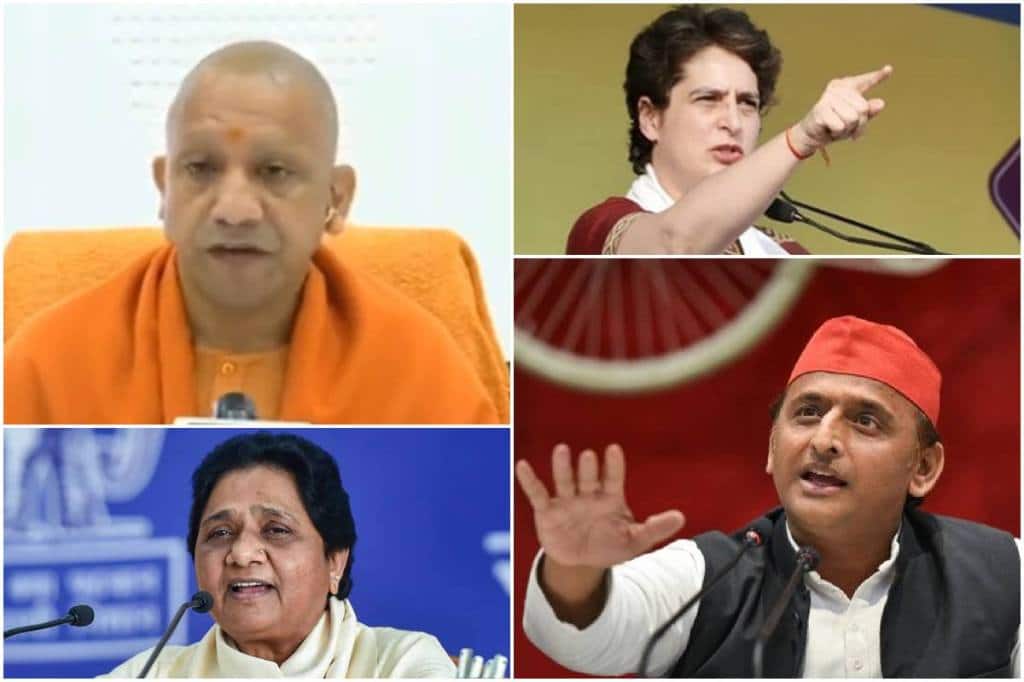 Uttar Pradesh Opinion Poll: The Uttar Pradesh Assembly Elections are only a few months away and the ruling BJP and opposition parties including Samajwadi Party, Congress and BSP have ramped up their poll preparations. While the BJP is expecting to retain power in the state, SP and Congress are leaving no stone unturned to dethrone the Yogi government. The ABP-C-Voter has conducted an opinion poll to gauge the mood of the electors which has thrown some interesting results.

According to the C-Voter survey, the BJP led by CM Yogi Adityanath and Prime Minister Narendra Modi is likely to retain power in the politically crucial Uttar Pradesh. The survey indicates that while the BJP may lose some seats this time compared to the 2017 polls, it is expected to win the polls by securing a simple majority.

The survey revealed that Yogi Adityanath remains the top choice of people for the Chief Minister followed by Akhilesh Yadav. The BJP is likely to get over 41 per cent votes while the Samajwadi Party is appearing to benefit from parting ways with Congress. The SP’s vote share is expected to witness an increase of 8.8 per cent from 23.6 per cent in 2017 to 32.4 per cent in 2022. The BSP may get only 14.7 per cent votes while the Congress may get just 5.6 per cent of total votes.

In terms of the seat, the NDA is likely to get around 241 to 249 seats, fairly above the majority mark of 202. On the other hand, the Samajwadi Party may get somewhere between 130 to 138 seats while Mayawati’s BSP may have to settle with 15-19 seats and Congress with just three to seven seats.

In the elections held in 2017, the NDA had secured a whopping 325 seats, Samajwadi Party had won 47 seats, Congress 7, and BSP 19. The opinion polls show that the people are satisfied with the Yogi government and are willing to give him another chance. On the other hand, it may prove to be a cause of concern for the SP, BSP and the Congress.