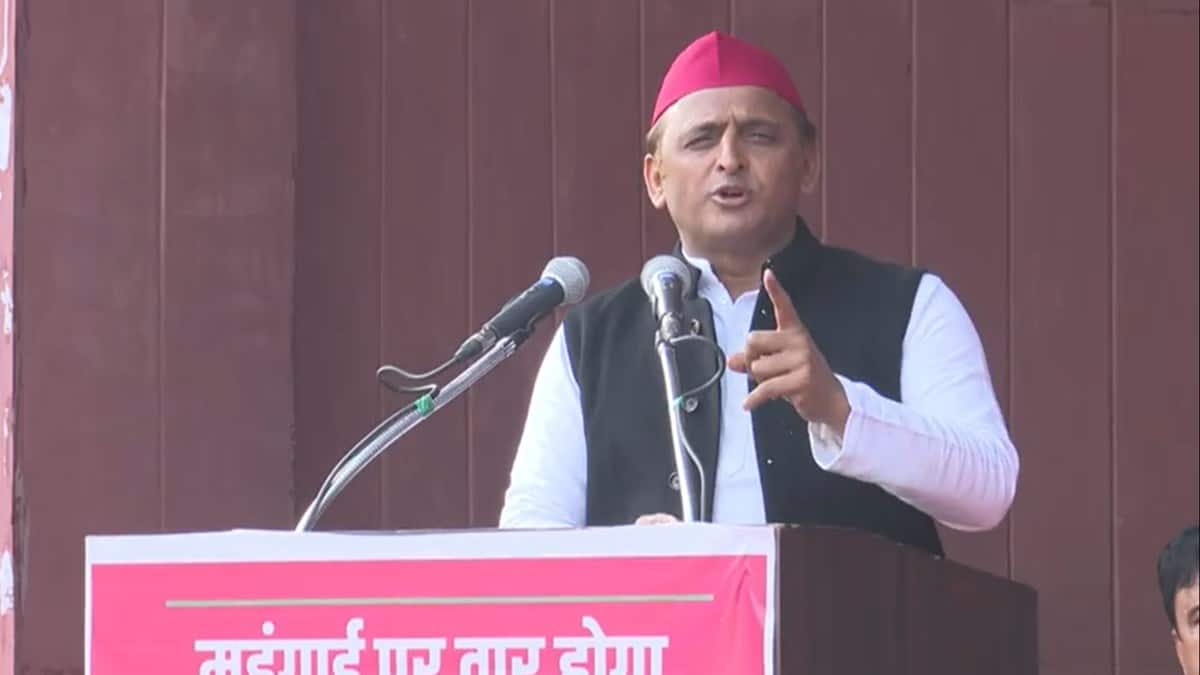 Akhilesh Yadav also took a dig at the BJP government reiterating that it raided the wrong person in Kanpur thinking him to be the Samajwadi perfume maker.

Samajwadi Party chief Akhilesh Yadav today said that if the SP is voted to power, it will provide 300 units of free electricity to domestic users. The former chief minister also said that farmers will be given free electricity for irrigation. He said that people often take a new resolution on New Year and since Samajwadis are into politics, so when SP will form a government, it will work for the welfare of the poor.

“Once the Samajwadi Party forms government, 300 units of domestic electricity will be free. Along with this,  Farmers will get free electricity for irrigation just like before,” said Akhilesh Yadav while addressing party workers on the occasion of the New Year.

Akhilesh Yadav also expresses grief on the stampede that happened earlier today in Vaishno Devi. He said that people faced many difficulties in 2021 and said that the BJP government failed to help those affected due to the lockdown. Yadav also accused the Yogi government of not helping the migrants who walked miles to reach their homes from other states.

He claimed that it was only Samajwadi Party and NGOs who helped the poor during the crisis. Akhilesh Yadav also alleged that the BJP government registered fake cases against Samajwadi leaders.

Akhilesh Yadav also took a dig at the BJP government reiterating that it raided the wrong person in Kanpur thinking him to be the Samajwadi perfume maker. The SP chief also said that the party will be announcing more welfare promises that will be included in its manifesto. He also urged party workers to work towards winning their booths and help SP come to power.