Uniform Civil Code to religious conversion, 10 High Court rulings that stood out in 2021

As the year draws to a close, here are 10 significant rulings and remarks by high courts that stood out in 2021. 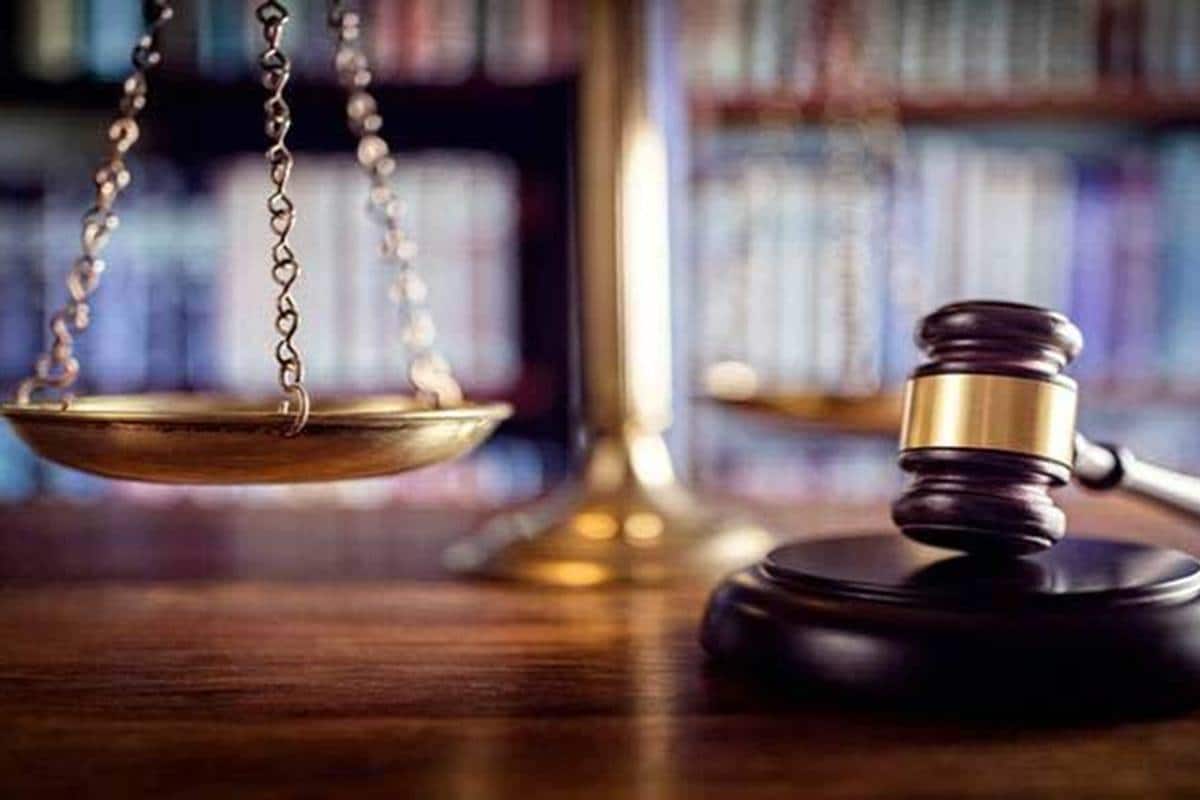 The judgments include verdicts in cases like pleas challenging Prime Minister Narendra Modi's photograph on Covid-19 vaccine certificates, a dowry-related case among others.

The year 2021 saw High Courts across the country deal with an array of issues through its judgments and observations, many of which also sparked debate and controversy. These include verdicts in cases like pleas challenging Prime Minister Narendra Modi’s photograph on Covid-19 vaccine certificates, a dowry-related case, issues dealing with women’s rights, live-in relationships and one related to Uniform Civil Code, among several others.

As the year draws to a close here are 10 significant rulings and remarks by high courts that stood out in 2021:

1) PM Modi’s photo on vaccine certificate: In a significant judgment amid voices opposing PM Modi’s photo on the COVID-19 vaccine certificate, the Kerala High Court on December 13 dismissed a petition with cost, saying that the PM is the leader of the nation and no one should be ashamed to carry a vaccination certificate with his photograph on it along with a morale-boosting message. The High Court dismissed the petition filed by Peter Myaliparampil while imposing a cost of Rs 1 lakh. It also noted that the petition was frivolous and filed with ulterior motives.

The Kerala HC also noted that the petitioner himself works at an institution named after a former PM. “The petitioner claims to be an extension faculty of Kerala Institute of Local Administration and State Level Master Coach of the Jawaharlal Nehru Leadership Institute, New Delhi. While the counsel for the petitioner was arguing the case, I asked him why his client is working as a State Level Master Coach of Jawaharlal Nehru Leadership Institute because of the name of our former Prime Minister Pt. Jawaharlal Nehru is there in the name of that institute. But there is no proper answer to the same,” the court observed.

2) ‘Oral sex with minor not aggravated sexual assault’: The Allahabad High Court ruled that ‘oral sex’ with a minor does not come under the category of aggravated sexual assault of the Protection of Children from Sexual Offences (POCSO) Act. The court made the observation on November 18 while reducing the jail term of a man convicted of sexually assaulting a 10-year-old boy. The HC said that the crime committed by the convict falls under the ‘penetrative sexual assault’ category which is punishable under Section 4 of the POCSO Act.

The man was arrested after an FIR was filed against him in 2016 accusing him of having ‘oral sex’ with a 10-year-old boy. Delivering the verdict, Justice Anil Kumar Ojha observed, “From the perusal of the provisions of POCSO Act, it is clear that offence committed by appellant neither falls under Section 5/6 of POCSO Act nor under Section 9(M) of POCSO Act because there is ‘penetrative sexual assault’ in the present case.

3) Uniform Civil Code: On July 7 this year, the Delhi High Court touched upon ther contentious issue of the Uniform Civil Code and stressed on the urgent need for its enactment and implementation. Noting that UCC is needed in the country while delivering its verdict in a case related to the Hindu Marriage Act, 1955 concerning the Meena community on July 7, Justice Prathiba M Singh asked the central government to take the necessary steps in this regard.

The High Court noted in its ruling that Indian society is gradually becoming homogeneous and is dissipating the traditional barriers of religion, community, and caste. It said that in cases of intercaste marriages, couples often struggle with conflicts arising out of personal laws and the court is repeatedly confronted with those conflicts. The court noted that a Uniform Civil Code as envisioned under Article 44 of the Constitution of India would enable the application of uniform laws in matters related to marriage, divorce, and succession, thus reducing the conflicts that arise due to personal laws.

4) Religious Conversion and Caste: In a case related to a religious conversion carried out with a view to reap the benefits of government services, the Madras High Court ruled that a person’s caste does not change if he changes his religion. It also said that an inter-caste marriage certificate can’t be issued on the pretext of his community certificate when he originally belonged to another caste and religion. The court delivered the judgment in November while hearing a plea filed by a Dalit man who had converted to Christianity in order to get an inter-caste marriage certificate that would have enabled him to get a priority in government jobs.

While the petitioner belonged to the Adi-Dravida community, the girl belonged to the Hindu Arunthathiyar community. Both the communities come under the Scheduled Caste category. The petitioner submitted before the HC that he was issued a ‘Backward Caste’ certificate when he converted to Christianity while his wife was issued with the community certificate as ‘Scheduled Caste’ and therefore, their marriage was an inter-caste marriage.

5) Widow’s right to property: On June 28 this year, the Chhattisgarh High Court ruled that a widow does not have any right to the property inherited from her previous (dead) husband in case she got remarried and the current marriage remains valid. The HC said in its judgment, “The effect of remarriage would be, widow loses her right in the property inherited from her husband and unless the fact of remarriage is strictly proved after observing the ceremonies required as per Section 6 of the Act of the Hindu Widows Remarriage Act 1856, the fact of remarriage cannot be said to be established by which the right to property, which is a constitutional right, is lost that too by widow.”

6) ‘Forced sex with wife not rape’: In another judgement related to unnatural sex, the Chhattisgarh High Court ruled on August 26 that forced copulation by a husband with his legally wedded wife, against her wish, does not amount to rape. The court made the remarks while hearing a case related to marital rape, LiveLaw reported. The High Court, however, ordered framing of charges against the man under Section 377 of IPC for his act of making unnatural physical relations with his wife. In his judgement relying on Exception II of Section 375, Justice NK Chandravanshi said that if the wife is not a minor, then sexual intercourse by the husband “would not constitute an offence of rape, even if it was by force”.

7) ‘Wedding gifts to daughter not dowry’: The Kerala High Court ruled that gifts given to a girl by her parents on her wedding, without any such demand having been made from the groom’s side, cannot be termed as dowry and is not punishable under the Dowry Prohibition Act, 1961. The verdict came in a case related to a couple who had filed for a divorce. The husband had approached the HC challenging the District Dowry Prohibition Officer’s order convicting him in the case. The man submitted before the court that the jewellery given by her wife’s family was kept by them in a bank locker and the key of the locker was with his wife. The court also noted that the husband has agreed to hand over the gold ornaments to his wife who has also expressed her willingness to accept the same.

8) ‘Sex on the promise of marriage not cheating’: The Bombay High Court ruled on December 9 that a man’s refusal to marry a woman, when they have been a physical relationship with mutual consent for a long time, does not amount to cheating. The High Court made the remarks while overturning a lower court order convicting the man in the case filed by the woman. The High Court acquitted the man citing lack of evidence to prove that the accused did not intend to marry her since inception.

The court also noted that the man and the woman were known to each other and were having a love affair. It said, “There is no evidence on record to indicate that since the inception, the accused did not intend to marry her. In the absence of evidence to prove that the prosecutrix had consented for physical relationship on a misconception of fact, as stipulated under Section 90 of IPC, the mere refusal to marry would not constitute an offence under Section 417 of the IPC.”

9) ‘Sex life of victim no ground to absolve rape accused’: The Kerala High Court ruled on October 11 that a woman or girl being of easy virtue or habituated to sexual intercourse cannot be a reason to absolve someone of rape. The HC was hearing a case in which a father was accused of raping his daughter and making her pregnant. The court also noted that the father is expected to be the ‘fortress and refuge’ of his daughter and said that when a father rapes his daughter, it was worse than a gatekeeper becoming a poacher or a treasury guard becoming a robber.

The victim’s father had claimed that he was being falsely implicated in the case as his daughter has admitted that she had sexual relations with another person. Dismissing the claims, the high court further said that the father was duty-bound to provide the victim girl protection and support. The high court also said, “There can never be more graver and heinous crime than the father committing rape on his own daughter. The protector then becomes the predator.”

10) ‘Public morality cannot overshadow the Constitution’: The Rajasthan High Court, while dealing with a case related to live-in relationship in September this year, had ruled on September 15 that public morality cannot come in the way of protecting such couples, even if one of the partners is married to another person. Standing in support of the right to life while citing the example of terrorist Ajmal Kasab, the Rajasthan HC said that when a convicted criminal can have the right to life and liberty under Article 21 of the Constitution, then it cannot be refused to those in legal or illegal relationships. The court also noted that moral policing by the public cannot be allowed to dictate the terms or actions of the state. It said that public morality cannot be allowed to overshadow constitutional morality.

Next Story
Haryana cabinet expansion tomorrow, one each from BJP and JJP likely to be inducted