Ugadi 2017: Why do we celebrate Ugadi, Facts, Significance & Importance 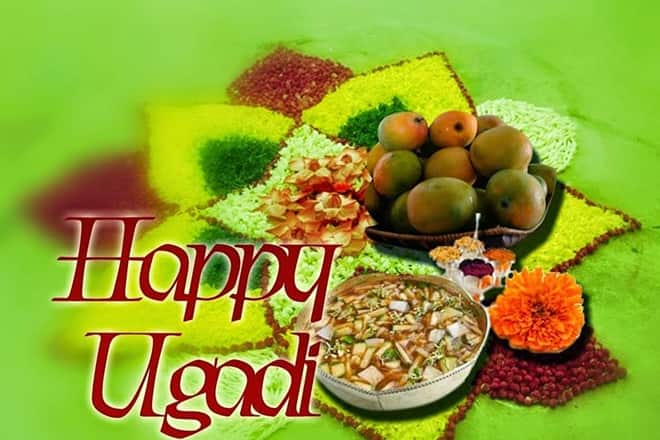 Ugadi is celebrated as Gudi Padwa by the people of Maharashtra. Both Ugadi and Gudi Padwa are celebrated on the same day. (Source: Facebook)

Ugadi, a new year celebration in states like Andhra Pradesh, Telangana and Karnataka, falls on March 28 this year. As India is known for its versatile culture and the way it is celebrated, even the New Year fest has different names and times in different parts of the country. A festival that is known by the name of Gudi Parva in Maharashtra, is celebrated as Ugadi in some other states. Clear with its name Udagi or Yugadi, which is literally translated as the start of the new calendar – Yug (new) and adi (the beginning), falls on the first day of Chitra- the first month in Hindi calendar. The festival is celebrated with high spirits, new clothes and abundance of some mouth-watering traditional cuisines. It is also the first day when there is a change in pattern of moon’s orbit. Ugadi is celebrated a day after the first new moon and after the sun passes the celestial equator on the spring equinox.

People begin with preparation of the festival well in advance and the day starts with taking a head bath before break of dawn. They also wear new and traditional clothes and prepare a special dish called ‘ Ugadi Pachadi’ for relatives and friends. The dish is made using some seasonal ingredients including raw mango, neem, jaggery, tamarind and also has chilly and salt in it. These different ingredients signify varied flavors of life such as happiness, sorrow, anger, bitterness, surprise and fear. The dish is eaten on this special day to remind ourselves about life and the verity of emotions that comes along. The idea is to learn how to stay composed during all these phases of emotion.

Ugadi celebration also includes an almanac reading out of ‘panchangam’ by the eldest member of the family or a learned priest, who typically makes predictions for the upcoming year. The predictions are made out of the moon signs.