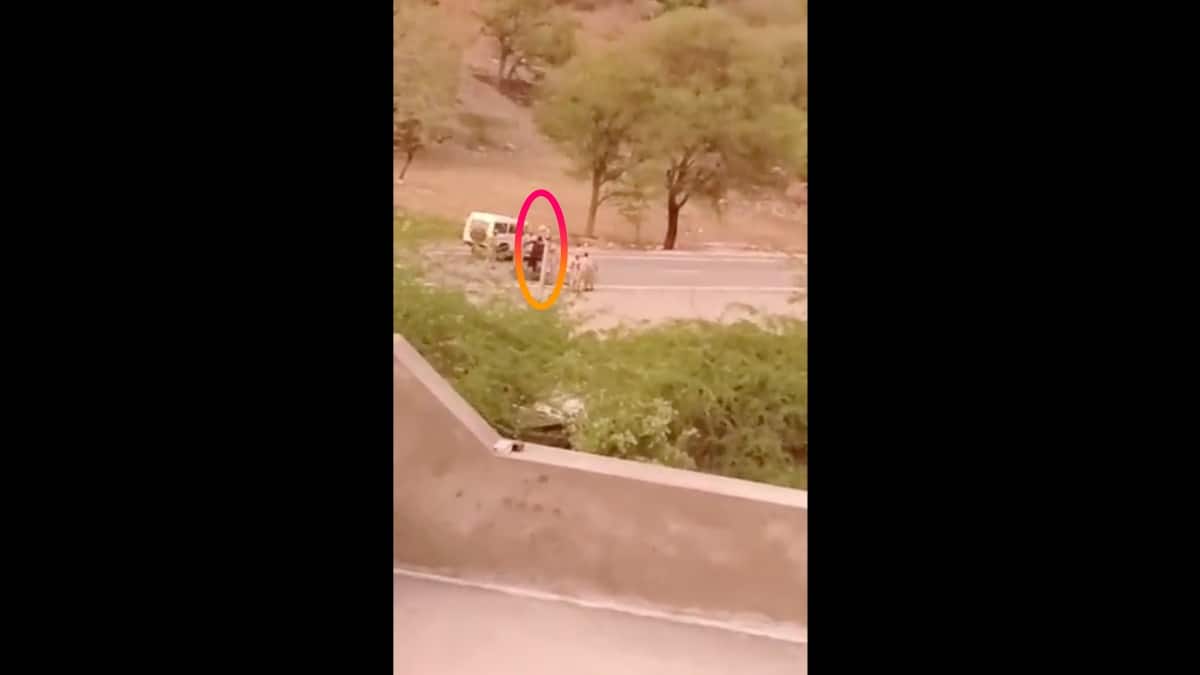 The Rajasthan Police on Tuesday nabbed both the killers of Kanhaiya Lal, within a few hours after the tailor was beheaded by the duo for allegedly supporting BJP spokesperson Nupur Sharma on social media.

A video of the police teams arresting the accused has emerged on social media. It shows the accused Riaz Akhtar in black clothes who is being nabbed and handcuffed by the cops while the other one is held by a separate team.

Superintendent of Police, Rajsamand, Sudheer Chaudhary said the duo was trying to flee on a motorcycle and were wearing helmets to cover their faces. “We have confirmed the identity of the accused,” Chaudhary said, adding that ten teams were deployed to nab the assailants.

The assailants entered Kanhaiya Lal’s shop in Dhan Mandi posing as customers. As the tailor took the measurements Akhtari attacked him with a cleaver, nearly severing his neck. The other man shot the brutal murder with his mobile phone.The men fled from the scene and later uploaded this clip on social media.

In another video, the alleged assailant said they “beheaded” the tailor and threatened the prime minister for lighting “this fire”. Yet another provocative video was recorded on June 17, in which Akhtari said he will post it the day he carries out the murder. He asked other members of the community to continue with similar attacks.

Police sources said Akhtari works at a local mosque and the other assailant runs a grocery shop.

The modus operandi of the gruesome killing and preliminary information prompted the Centre to rush a National Investigation Agency (NIA) team to Udaipur while the state government formed an SIT to probe the incident.