In the aftermath of the Uber rape case, police and transport department… 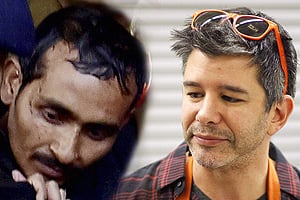 In the aftermath of the Uber rape case, police and transport department are working together to frame a foolproof system that will ensure that no person with criminal antecedents gets a licence, the Delhi Police chief said today.

The cabbie, identified as Shiv Kumar Yadav, who had allegedly raped a 27-year-old finance company executive in an Uber cab last week, had submitted a fake character certificate from police to Regional Transport Office (RTO) to get an All India Permit for his car.

“As far as this verification certificate is concerned, that is definitely a fake certificate,” Delhi Police Commissioner B S Bassi told NDTV in an interview.

He further said that availability of such certificates is a matter of concern and that is why they are ensuring a very professional investigation of this particular case to prevent such occurrences in future.

“We are in regular touch with the Transport Commissioner. We have extremely good liaison with them and we are going to work out a new system that no person with criminal antecedents gets any licence,” said Bassi.

The police chief also clarified that the role of police is only limited to verification of an individual and the licence is issued by the Transport Department.

“As far as we are concerned, wherever verification is required, we come into picture. There are certain systems that we follow to ensure that no person with criminal background gets a character verification certificate,” he said.

Police had registered a separate FIR against Yadav in this connection at Burari Police Station and an agent of a finance company, who allegedly helped him procure the fake character certificate, was detained.

The 32-year-old cab driver, during interrogation, had told the police that he got the fake character certificate, issued in the name of an Additional DCP of Delhi Police, from a finance company agent.

The investigation so far has revealed that Yadav had bought the car in which the crime took place after taking a loan from the finance company.

The finance company provided individual car loan on the basis that he had an All India Tourist Permit so that he can pay back the loan by plying his car.

In fact, the official whose signature appeared on the forged character certificate was surprised to see when an image of the document was flashed on TV. He was posted in Mizoram around a year before the date mentioned on the forged document.