Ishwar, a worker in Lal’s shop, gave the first-hand account of the spine-chilling incident, elucidating details of how his employer was beheaded by the two accused. 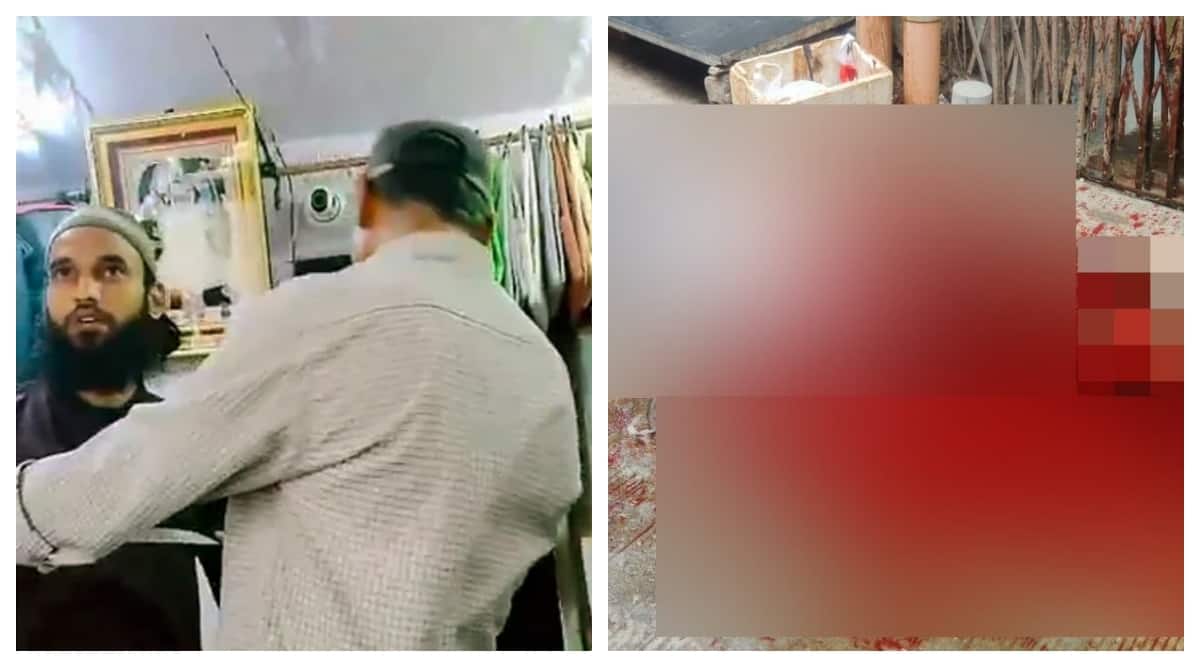 Ishwar, a worker in Lal’s shop, gave the first-hand account of the spine-chilling incident, elucidating details of how his employer was beheaded by the two accused.

The beheading of a tailor in broad daylight at a busy market area of Rajasthan’s Udaipur has left the entire nation shocked. Not only the perpetrators murdered the tailor, they also recorded the act on camera and then boasted about it in a separate video.

While the attackers were arrested four hours of committing the crime, the incident led to protests in the city, prompting authorities to impose curfew in some areas and suspended internet services across the state for 24 hours.

Also Read
Droupadi Murmu Swearing In Ceremony HIGHLIGHTS: India makes history as Murmu takes oath, PM Modi calls it ‘watershed moment for poor’
Droupadi Murmu, the new president of India, to take oath on Monday: All you need to know
My daughter being targeted for my stand on ‘loot’ by Sonia, Rahul Gandhi: Smriti Irani
BJP hits out at TMC after West Bengal minister’s arrest in corruption case

Ishwar, a worker in Lal’s shop, gave the first-hand account of the spine-chilling incident, elucidating details of how his employer was beheaded by the two accused — Riyaz Akhtari and Ghouse Mohammad.

Speaking to Dainik Bhaskar, Ishwar told that the two assailants entered Kanhaiya Lal’s shop in Dhan Mandi posing as customers. “Will you stitch jhabba-pyjama for me?” Riyaz asked Kanhaiya Lal, to which the latter replied: “Of course, I will.”

“Seth Ji (Kanhaiya Lal) then started taking Riyaz’s measurements while Ghouse kept standing there. Me and my co-worker Rajkumar were busy stitching clothes when we heard the shout. I turned around and saw them attacking Seth Ji,” Dainik Bhaskar quoted Ishwar as saying.

Ishwar further told he started ran out of the shop and reached the neighbouring shop where he found that he too was injured with his head and left hand bleeding. “Seth Ji was lying in a pool of blood outside the shop. Rajkumar to had managed to get out of the shop somehow. After some time, he (Kanhaiya Lal) succumbed there.”

According to Ishwar, Kanhaiya Lal had put up a social media post 10-15 days ago, which had led to tension. The police had then detained him and somehow resolved the issue.

“What’s horrifying is that the attackers had posted a video threatening to kill Seth Ji (Kanhaiya Lal) days before murdering him. They came to the shop and slit his throat. They even took responsibility of the murder on social media.”

Nearly three weeks before being hacked to death, Kanhaiya Lal was arrested on an FIR lodged against him for allegedly hurting religious sentiments — and, following his release on bail, had sought police protection citing death threats.

“Lal was arrested on June 10 and released on bail by the court next day. Then, on June 15, he submitted a written complaint that he is getting death threats and sought police protection. The concerned SHO called the persons who were allegedly giving the threats. And then, 5-7 responsible persons from both communities sat down and reached an agreement. In a handwritten note, Kanhaiya Lal said he doesn’t need any more action against anyone. Hence, the police did not proceed on the security threat,” ADG (Law and Order) Hawa Singh Ghumaria told The Indian Express.

The FIR against Lal, which led to his arrest, was lodged at the Dhanmandi police station in Udaipur under IPC sections 295 A (deliberate and malicious acts intended to outrage religious feelings) and 153 A (promoting enmity between groups and disrupting harmony), based on a complaint by Nazim Ahmad, an Udaipur resident.