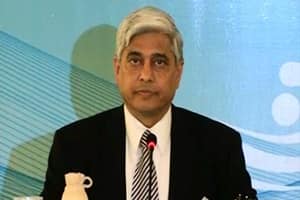 On the Pakistan terrorist caught in Kupwara, Vikas Swarup said,"We are waiting for a full report from security agencies before deciding our next move." (ANI)

Mangapudi Srinivas and Kaushal Anish Sharma, abducted on June 29 from Boko in Benue state, were freed at 10.30 a.m. IST, External Affairs Ministry spokesperson Vikas Swarup said.
Stating that both released persons had spoken to their families, Swarup said Sharma’s wife thanked External Affairs Minister Sushma Swaraj for ensuring his safe release.
[related-post]
Srinivas and Sharma were on their way to work at the Benue Cement company, owned by the Dangote Group, when they were kidnapped.
The Dangote Group is a Nigerian multinational industrial conglomerate, the largest in West Africa.