In the wake of making Suresh Kalmadi and Abhay Chautala presidents for life of Indian Olympics Association on Tuesday, many were left dumbstruck with the announcement. 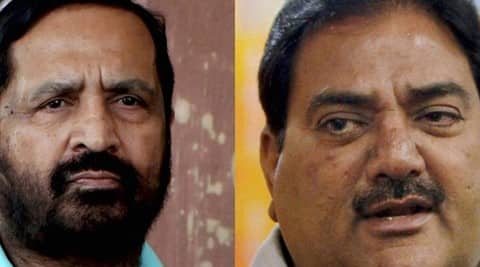 In the wake of making Suresh Kalmadi and Abhay Chautala presidents for life of Indian Olympics Association on Tuesday, many were left dumbstruck with the announcement. (PTI)

In the wake of making Suresh Kalmadi and Abhay Chautala presidents for life of Indian Olympics Association on Tuesday, many were left dumbstruck with the announcement. As soon as the news of appointing Kalmadi and Chautala broke, social media was flooded with the reactions against the decision. Both of them are facing various charges against them which is not new, but still, the IOA went ahead with the appointment.

On the other hand, Sports Minister Vijay Goel lashed out at the IOA and termed the decision as a serious issue and said it is totally unacceptable. He also said that he will seek a report from IOA in the case. Goel addressed a hurriedly-called press conference at his residence and said, “This is totally unacceptable to us as both of them are facing serious corruption and criminal charges.” Suresh Kalmadi was the chief of 2010 CWG Organising Committee and was accused of causing a loss of around Rs 100 crore. He was later sacked. Later in 2010, Kalmadi was suspended from Congress Party. Whereas, Chautala was the president of IOA from 2012 to 2014, a tenure which was IOC suspended IOA due to its manipulation of elections.Check out the Twitter reaction:

If we care about Indian sport we should make the govt disband current IOA and reform it. They made Kalmadi as lifetime president. Seriously.

If Suresh Kalmadi is Indian Olympic Association’s lifetime president then I should be PM of India for next 50 years.

Ra_Bies ‏@Ra_Bies
Now Kalmadi is the President of Indian Olympic Assication, I don’t understand why there’s a delay in appointing Rahul Gandhi, Chief of NASA

Sagar ‏@sagarcasm
Suresh Kalmadi is made life president of Indian Olympics Association. This is more surprising than America’s choice of President.