As the Congress trains guns at Karnataka Governor Vajubhai Vala over his invitation to BJP to form the government, a look back at observations of the Supreme Court on the apparent role of Bihar Governor Buta Singh back in 2005 should act as a stark reminder. 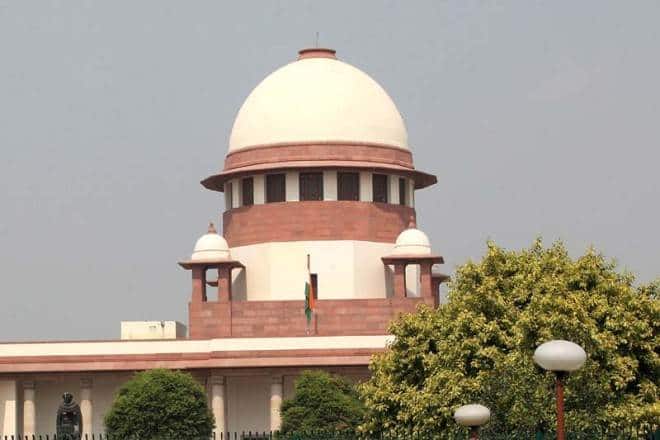 As the matter of formation of Karnataka government reaches the threshold of the Supreme Court for deciding its fate, questions are being raised on the move of Governor Vajubhai Vala. On Wednesday, after the Governor invited BS Yeddyurappa to form the government and prove majority in 15 days, the Congress party slammed Governor Vajubhai Vala and charged him of acting like a “BJP puppet”. The Governor, Congress said, had allowed the saffron party to “manufacture” a majority. Senior Congress leader and former Finance Minister P Chidambaram alleged that the Governor has given Yeddyurappa 15 days time to “convert” the number of 104 legislators to 111.

A look at the recent past reveals that the role of the Governor across several states has come under attack from political parties, and even the Supreme Court.  While the Congress party, relegated to the opposition ranks after a crushing defeat by the Narendra Modi-led Bharatiya Janata Party in 2014, has criticised the role of Governors in Goa and Manipur where the Congress was unable to form a government despite being in a commanding position, a throwback to the apparent role of Bihar Governor Buta Singh during the rule of Congress at the Centre back in 2005 comes as a stark reminder.

Much like the verdict delivered in the 2018 Karnataka election results, the Assembly elections conducted in Bihar in February 2005 also threw up a fractured mandate with no party reaching the magic majority figure. Results were out on February 27, 2005. On March 6, Bihar witnessed the imposition of President’s rule. National Democratic Alliance (NDA) had claimed the stake of forming the government after asserting that it had the support of 115 MLAs by mid-April in the 243-seat assembly. In the election, Janata Dal (United) had emerged as the single largest party with 88 seats. While BJP and RJD got 55 and 54 respectively, Congress bagged paltry 10 constituencies.

Around a month and a half after the NDA claimed that it had the support of 115 MLAs, Governor Buta Singh on April 27 wrote to the then Congress-led central government alleging that the legislators from the Ram Vilas Paswan-led Lok Janshakti Party (LJP) were being wooed by the NDA and that this could lead to horse trading. A month later, on May 21, Buta Singh recommended that the Assembly be dissolved. On May 22, the Union Cabinet met at midnight and accepted the Biohar Governor’s report, which was then faxed to the then President’s camp office in Moscow. President APJ Abdul Kalam approved the recommendation in two hours and the Assembly was dissolved.

Elections were held again in October-November the same year and the Nitish Kumar-led National Democratic Alliance government came to power, displacing the Lalu Yadav regime. Less than a year later, when the mater had reached Supreme Court, the Governor came in for a rare reprimand from the top court. In some stern remarks, the apex court observed that the actions of the then Bihar Governor Buta Singh “reeked of malafide intent”.

Then Chief Justice of India Y K Sabharwal observed: “All canons of propriety were thrown to the wind …. Undue haste made by the governor smacks of malafide intent.” The court also observed that the Governor’s “drastic and extreme action” under Article 356 cannot be justified and also came down hard on the Centre stating that the Council of Ministers should have verified the facts stated in the report of the Governor before hurriedly accepting it as gospel truth. “Clearly the governor has misled the Council of Ministers,” the top court observed.

The remarks and observations by the court had brought much embarrassment to the then UPA government at the Centre headed by former Prime Minister Manmohan Singh as well. However, Congress senior Abhishek Singhvi, who has fought the midnight courtroom battle over Karnataka in the wee hours of Thursday, had then said that the court verdict did not accuse the central government. This, despite the fact that the Union Home Ministry is responsible for seeking Cabinet approval for a report of Governor. The responsibility was solely on the then Home Minister Shivraj Patil to cross-check Buta Singh’s claims.

Congress also tried to shield itself by projecting that the verdict was a split one. The judgment was pronounced by a five-member bench. While Justices K.G. Balakrishnan and Arijit Payasat were in favour of Buta Singh’s decision, Chief Justice of India Y.K. Sabharwal, Justices B.N. Aggarwal and Ashok Bhan had decided otherwise.

The magnitude of the Supreme Court ruling and Buta Singh’s error of judgement can be gauged from the fact that even late APJ Abdul Kalam, the then President of India, even decided to step down after the top court had rejected a proclamation dissolving Bihar Assembly, Kalam’s then Press Secretary S M Khan said.

Follow us on
Latest News
Protecting competition in the digital space
Data Drive: IT hiring cools
India smartphone shipments fall 11% in Sept quarter
Need that extra 1%
Web3 wave still 5-10 years away: Randi Zuckerberg
Troika at the helm of G-20
SIS reports highest ever quarterly revenue of Rs 2,768 crore
Photos
Heart-wrenching! Here is a look at Morbi and the suspension bridge that collapsed
3 days agoOctober 31, 2022
In Pictures: PM Modi in Kargil to celebrate Diwali with soldiers, says, ‘All of you have been my family for years now’
2 weeks agoOctober 24, 2022
In Pictures: PM Modi inaugurates Deepotsav in Ayodhya; World record set by lighting of over 15 lakh diyas
2 weeks agoOctober 24, 2022
Read More
×
‘Arrest me if I have committed a crime, why question’: CM Hemant Soren after skipping ED summons
Don’t spare corrupt, don’t be defensive: PM Modi to CVC and anti-corruption agencies
‘Is negligence too an act of God?’ Congress sharpens attack against BJP on Morbi bridge collapse
Gujarat Elections 2022: BJP chief Nadda says party will form govt with big majority
Gujarat elections 2022: Will saffron sweep Gujarat again? Modi to Morbi – 10 factors that could make or break BJP’s chances
Neither govt nor people serious about tackling monstrous problem: Varun Gandhi on worsening air quality in Delhi