The Punjab CM had on Wednesday dubbed AAP a party of “kale angrej” trying to win the Assembly elections, prompting Kejriwal to say that his intentions were fair even if his skin tone was dark. 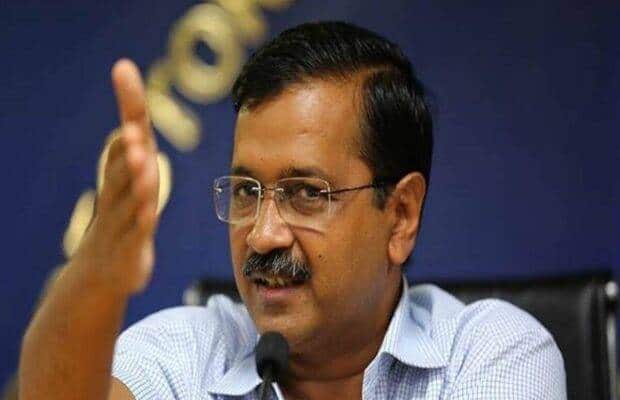 I want to tell them (Congress) once our government comes to power, the man wearing ordinary clothes and whose complexion is dark will fulfil all promises: Kejriwal

Aam Aadmi Party leader Arvind Kejriwal on Thursday kept up the attack on Punjab Chief Minister Charanjit Singh Channi over the “kale angrez” jibe, saying he may be dark complexioned but his intent is clear and he doesn’t make false promises.

The Delhi CM also promised free and quality education in government schools to those born in Punjab and announced to give an ex-gratia of Rs 1 crore to families of the soldiers or police jawans who die in line of duty if AAP comes to power in next year’s Assembly polls. The Punjab chief minister had on Wednesday dubbed AAP a party of “kale angrej” trying to win the Assembly elections, prompting Kejriwal to say that his intentions were fair even if his skin tone was dark.

Referring to AAP, Channi had said “kale angrez” are trying to take over Punjab after “chitte angrez” (British) were ousted from the country. “I want to tell them (Congress) once our government comes to power, the man wearing ordinary clothes and whose complexion is dark will fulfil all promises. I don’t make false announcements or false promises,” AAP’s national convener told reporters en route to Pathankot from Amritsar.

Kejriwal also accused the Punjab chief minister of abusing him for promising Rs 1,000 a month to women in the state if AAP is voted to power. “I respect Channi sahab a lot. But, ever since I have announced that each woman in the state will be given Rs 1,000 per month, he has been abusing me. A few days ago, he taunted me for wearing ordinary clothes, but I want to tell him I have no problem with this,” he said. “When I will give Rs 1,000 to each woman, I will be happy to see our mothers and sisters purchasing new suits for themselves to wear,” the AAP leader told reporters.

“Yesterday, he told me that I am ‘kala’ (dark complexioned). I agree my colour is dark. I tour every village and while out in the bright sun, my skin has got tanned. Like him, I don’t tour in helicopters,” he said. “My mothers and sisters like this ‘kala bhai’ (dark-complexioned brother). Everyone knows my intent is clear and everyone knows whose intent is bad,” Kejriwal added. Later in Pathankot during his party’s “Tiranga Yatra”, Kejriwal promised free and quality education and announced to give an ex-gratia of Rs 1 crore to families of the soldiers or police jawans who die in line of duty if his party comes to power.

Giving free and quality education to all those born in Punjab will be the responsibility of our government, said Kejriwal while announcing his fourth “guarantee” for the people of Punjab during the visit. “Everyone, whether poor or rich, will get quality education. We will build new schools. Delhi’s 25 per cent budget is used on education,” said Kejriwal. He said services of temporary teachers will be regularised and their pending issues will be resolved. “Like Delhi, I guarantee we will improve the education system in Punjab,” the Delhi chief minister said. “We will make Punjab an education hub,” he said.

Hailing contribution of Punjabis, especially from the Gurdaspur and Pathankot, to the country’s defence forces, Kejriwal while announcing the “fifth guarantee”, said if any soldier from Punjab or police jawan lays down life in any operation, his party’s government will give a ex-gratia of Rs one crore to next of kin on Delhi’s pattern.

Kejriwal has already promised up to 300 units of free electricity for each household, 24-hour power supply, free treatment and medicines at government hospitals besides Rs 1,000 per month to women above 18 if his party comes to power in the state.

On the education sector, Kejriwal said the development of Punjab and the country can be possible only if the children get the best and free education. Kejriwal said 99.97 per cent students of government schools in Delhi have passed their exams and some among them have got admission to prestigious medical and engineering educational institutions.

He said former US president Doland Trump’s wife Melania Trump, had in 2020 visited government schools in Delhi after hearing that the education system was improving. Speaking on the occasion, Punjab AAP president Bhagwant Mann alleged that corruption is rampant in Punjab.

“Channi only makes announcements, he is ‘ailaan mantri’. We don’t have to take account from them for just three months, but entire five years,” said Mann. “When Punjab was being looted, even then Channi was a minister in the Amarinder cabinet. He is now staging a drama of being a common man and his politics has come down to a level where he is even raising question on Kejriwal’s skin colour,” said Mann.

“This Congress government is of Alibaba and 40 thieves. Alibaba was removed but others are there,” he said referring to exit of Amarinder Singh as chief minister.