Sapna Book House positions itself as a family multi-brand retail store. It sells everything to do with the ecosystem of education and educational technology in India 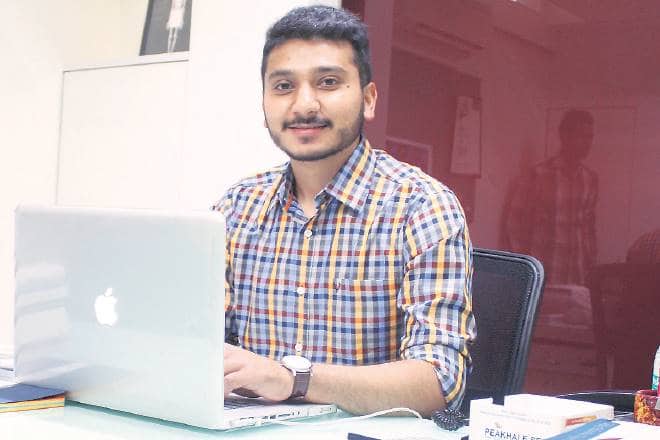 A brief conversation with the leader sparked an idea in the mind of Suresh Shah, who had quit college to support his family.

The year was 1957 and a young man was working as a porter on Dadar railway station in Mumbai. As luck would have it, he had a chance encounter with the then prime minister, Jawaharlal Nehru, at the railway station. A brief conversation with the leader sparked an idea in the mind of Suresh Shah, who had quit college to support his family. He left his job at the railway station and joined Pocket Book Distributing Company in Mumbai as a bookseller. He started out as a salesperson in the company and was soon promoted as manager and later transferred to Chennai to head the firm’s new branch. The desire to start his own business, however, made the 27-year-old move to Bangalore in 1965 with his wife and Rs 150 in his pocket. On January 26, 1967, he opened his first bookshop, Sapna Book House, which sold Lilliput dictionaries. The 10×10 hole-in-the-wall shop at Gandhinagar soon became the largest bookstore in India, even finding mention in the Limca Book of Records for seven consecutive years. The rest can be qualified as a ‘rags-to-riches’ story, where a porter went on to become the owner of one of India’s largest bookstore chains.

Sapna Book House today occupies four lakh sq ft of retail space in Karnataka (primarily) and Tamil Nadu, with the average size of each store ranging between 15,000 sq ft and 20,000 sq ft. It has 16 large-format stores in total in the two states. The group now plans to open 50 more stores in the next five years in tier II and III cities, mostly in south India. “We cater to 60,000 customers a day, with a retail turnover of Rs 220 crore annually,” says 26-year-old Nijesh Shah, group president, Sapna Book House. He is the grandson of Suresh Shah—the 79-year-old is now retired from the business. “Each new store will require a basic investment of Rs 2.5-Rs 3 crore. As of now, we are looking at organic growth,” Shah says. The group is also not averse to private equity or raising funds through IPO. “If we get funding through equity, we can open 50 stores in the next three years,” he says.

Shah’s plans are especially significant at a time when bookshops and libraries are shutting down across cities. Most malls in the country either don’t have a bookshop or the ones that were there have shut down. All three big bookstore chains—Crossword, Landmark and Oxford—have shut at least one store in the past few years. Fact&Fiction, a popular bookshop in south Delhi, and Twistntales in Pune closed down two years back. There are more such examples in other cities. Publishing houses, on the other hand, are wooing readers with new initiatives. Last week, Penguin Random House India and The Book Fairies, a community of book lovers, came together to hide books in public places in New Delhi, Mumbai and Bengaluru, which readers could pick up, read and pass on. Penguin Random House is also planning to make a new Web series based on a book by its bestselling author Durjoy Datta.

Clearly, it’s not easy to be a bookstore-owner these days. So how does Sapna Book House remain relevant in these times? “We don’t just sell books. We sell ourselves as a family multi-brand retail store. Simply put, we sell everything to do with the ecosystem of education and educational technology,” says Shah. Any store of Sapna Book House has around 5.5 lakh books, of which 40% are academic books. There is also a wide range of stationery, greeting cards, audiobooks, magazines, movies, music, baby products, sports goods, gift items, chocolates, gaming consoles like Xbox, boardgames and much more.

The group has its fingers in many pies. It has its own publishing outfits—Sapna Publications and Sapna Ink (self-publishing)—which have, so far, published 6,500 titles. “We are growing at an average rate of 1.5 new books a day, as we publish 650-700 titles a year,” says Shah. Sapna Book House is the sole distributor of NCERT textbooks in Karnataka and one of the three distributors in Tamil Nadu. It has an online retail store, an online test preparatory portal and another online vertical as well, which has tie-ups with schools in Bengaluru to sell their academic kits and uniforms. The company sells and exports stationery under its brand, Store 67. It also has tie-ups with public universities in Ghana, Africa, to develop social studies, English and math curricula for schools there.

Shah says they have recently come up with two new models: Sapna Express and Sapna Kiosk. The concept of Sapna Express is that of a small-format store, with 500-1,500 sq ft space, which caters to the specific requirements of a particular locality. “Currently, we have two (outlets of) Sapna Express, one in an engineering college and another in a medical college (both in Karnataka). They cater exclusively to the needs of students in those colleges,” says Shah. There are plans to expand Sapna Express to other states as well.

Under the Sapna Kiosk format, which is yet to be implemented, general stores, schools, libraries, etc, in rural areas across India will be provided with an electronic tablet, which would have Sapna Book House’s entire catalogue of 1.9 crore titles in the language specific to the area. “For instance, someone coming to a kirana shop in Erode (Tamil Nadu) to buy groceries can browse through our catalogue in Tamil and place an order (for a book). The store owner will vouch for our credibility,” says Shah. Interestingly, their success story is now part of a case study at Bangalore University. “None of our stores, so far, are franchised, so our involvement in each store is immense. We thrive on customer satisfaction,” Shah says. A skill that many in the industry would love to learn.