Reddy alleged that Goyal uttered “blatant lies” in the Parliament by blaming the TRS government for not delivering the assured rice to the Centre. 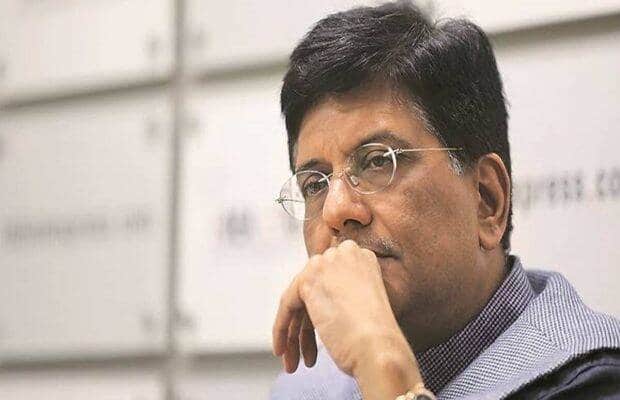 The war of words between the Telangana government and the Centre over paddy procurement continued with state Agriculture Minister S Niranjan Reddy on Sunday rubbishing the remarks made by Union Minister Piyush Goyal in Parliament.

Speaking to reporters here, Reddy alleged that Goyal uttered “blatant lies” in the Parliament by blaming the TRS government for not delivering the assured rice to the Centre.

Reddy categorically said it is the central government’s responsibility to procure the food grains.

“The state only facilitates paddy procurement for the Centre. Purchase of paddy, milling and export are the responsibilities of Food Corporation of India,” Reddy said.

He further said despite several representations made by District Collectors and the Civil Supplies department, the Centre has not responded on paddy procurement from the state.

On the contrary, they (Centre) blame the state government that it has not sent the commodity, Reddy said.

“These BJP MPs do not know the difference between raw rice and parboiled rice,” Reddy claimed, referring to the allegations made by BJP leaders.

The Agriculture Minister said farmers should not be misled for ‘petty politics’. He also blamed the Congress party for “not fighting on behalf of farmers”.

Reddy advised the farmers not to cultivate paddy in the upcoming ‘yasangi’ summer crop season as the Centre decided not to procure parboiled rice from Telangana and hence state government will not set up paddy procurement centres.

Four MPs of Telangana Rashtra Samithi (TRS) led by K Keshava Rao staged a walk out from Rajya Sabha on Friday as they were not satisfied with the reply of Goyal to their demand on the Centre’s assurance to procure parboiled rice from Telangana this Rabi season.

During the question hour, asking a supplementary, Keshava Rao had asked Goyal that whether the central government plans to procure entire rice irrespective of type from Telangana.

Replying to that Goyal said, “I dont know what other statements are referred to….consistently the central government is increasing procurement of rice for the central pool…this is the most responsive government to farmers’ interest.” “We on our part agree that we will procure the rice which they provide us, up to 94.53 lakh tonnes.

This is what they are claiming that they have procured. But even today as we speak, 29 lakh tonnes (supply) is pending. They have not been able to give the agreed quantity. I don’t know why this political issue has been raised in Telangana. They still have to give us 29 lakh tonnes. There were a number of discrepancies found in the stock,” Goyal had explained.

The TRS government has been demanding that the Centre announce the annual target for paddy procurement from Telangana.

Chief Minister K Chandrasekhar Rao had recently threatened that they would carry the paddy (additional paddy stocks) in trucks and dump them in front of India Gate and Prime Minister’s residence in Delhi, Union Minister Kishan Reddy’s house and the BJP office as well.

Rao, along with cabinet colleagues, had also staged a dharna here in November over the issue.

Next Story
Parliament Winter Session: Rajya Sabha lost 52.5% of scheduled sitting in first week due to ‘disruptions and forced adjournments’