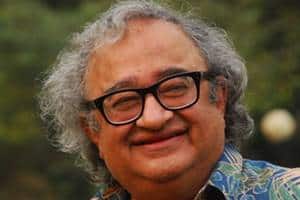 Tarek Fatah, a name that needs no introduction to the international community of intelligentsia. Author of several books namely, “Chasing a Mirage: The Tragic lllusion of an Islamic State”, “The Jew is Not My Enemy: Unveiling the Myths that Fuel Muslim Anti-Semitism” etc. Known as an enemy of the state for the Islamic Republic of Pakistan, Tarek Fatah is presently on an Indian trip and spend some candid time with FinancialExpress.com exclusively.

Excerpts of his diverse views on India, Pakistan, China, and various issues that faces the sub-continent.

You have mentioned that ‘Pakistan is the Islamic State’, how do you justify that?

When did you eventually decide to go on an exile?

I didn’t decide to go on an exile. I just had to leave after the 1977 coup in Pakistan. The coup was the only triggering event. They charged lot of people with sedition. I was a TV reporter at that time and was barred from taking up job, so I took advertisement job at Saudi Arabia, spent 10 years as a copy writer and then went to Canada.

China has economic interest in Pakistan known as the China Pakistan Economic Corridor (CPEC) and it does not acknowledge Masood Azhar as terrorist and on the other hand there is BRICS, how do you see this?

BRICS has nothing to do with what China wants and doesn’t want. Essentially BRICS is a counter to OECD. It is a fact that since China has invested heavily inside Pakistan so it will do everything to protect it’s corporate interest. To the contrary India in the last 30 years have done very little to exert its claim on territories where China has intruded, like PoK or the other side, sometimes the Chinese come inside many kilometres inside the borders and stay there.

Is China acting as a blockade to everything that India wants to achieve towards counter terrorism?

For China, India doesn’t matter. It has economic interest in all over the world, from Latin America to Africa. It has eliminated poverty in a much lesser time than India has. With a world class military China is a class on its own. We share borders, we are not neighbours, there is a big difference between the two. India has done nothing while the Chinese were building the Gawadar port. India’s reaction with the Chabahar port is not a well thought out response.

In the last 20-30 years, India has been pretty introvert in world affairs. It has no opinion on anything. For example for Indians the Yemen crisis was over once Indians were evacuated, now nobody even reports on it. You cannot compete with China with this attitude.

Would you hold the erstwhile Congress government responsible for the kind of indifferent approach to policies?

Not particularly Congress but all past governments are to be blamed for it until Mr. Modi nobody has ever taken up a world issue as an Indian issue. Take for example issues like the Darfur conflict or Nigeria for that matter, in all of these cases it seemed that India has no opinion at all. But I think Mr. Modi is the only Prime Minister after Nehru who has reached out to the International community.

What are the 5 ways according to you that would be ideal to deal with Pakistan?

Break off all diplomatic and trade relationship until Pakistan withdraws all its troops from the Pakistan occupied Kashmir (PoK) and from Gilgit Baltistan.

Shut down the Indus water treaty. Just tell them that we are at war with you, we cannot keep supplying water to you as long as you occupy our land. It is Indian territory and we cannot be subsidising your war against us.

Help Afghanistan to build a dam on the Kabul river.

Start training Baloch guerrillas in Afghanistan’s borders like Nimrud and the border shared by Balochistan and Pakistan, specially the Balochi speaking areas. Train and arm them.

Diplomatically work for an independent Balochistan, to end the occupation. These measures if adopted will be sufficient to close down the Paksitan chapter once and for all.