The apex court said citizens have equal rights to move freely and without fear and their properties are being damaged in the protest. “There has to be some balanced approach,” it said. 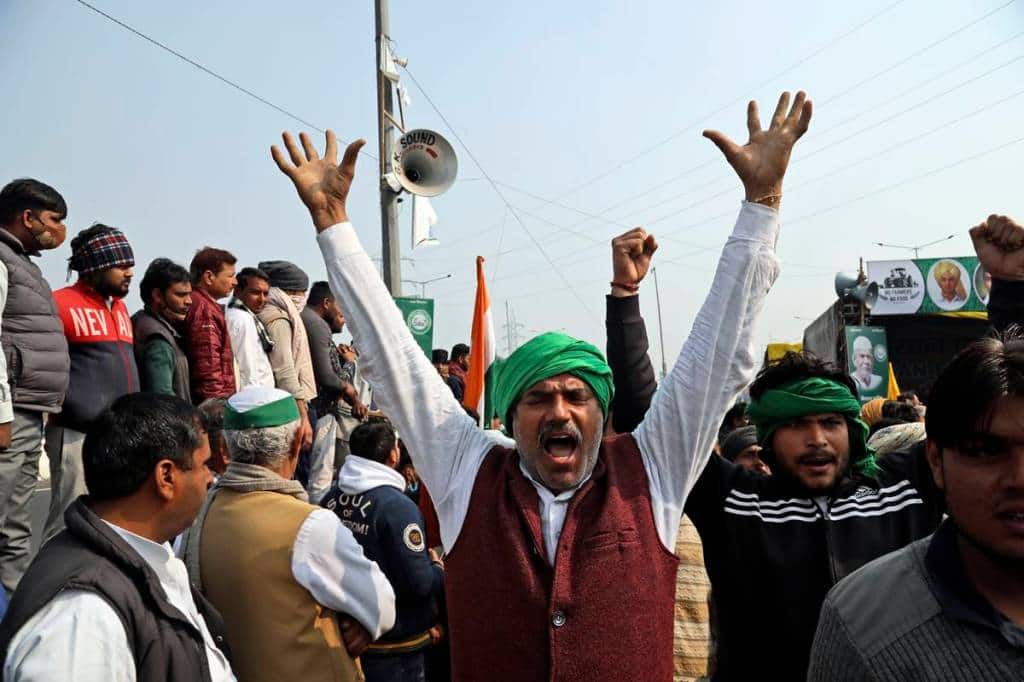 Farmers have been protesting at Delhi’s borders for over a year against the Centre’s three agricultural laws. (AP Photo/File)

Lashing out at the protesting farmers body for seeking permission to hold ‘Satyagraha’ at the Jantar Mantar in the national Capital, the Supreme Court on Friday said that “you have already strangulated the city, blocked the highways and roads, and now wants to come inside.”

“Once you have approached courts challenging the laws, what is the point of continuing the protests? If you have faith in courts, pursue that for urgent hearing instead of protesting,” a Bench led by Justice A M Khanwilkar told Kisan Mahapanchayat’s counsel Ajay Choudhary.

“You cannot come to the court and continue protesting at the same time. Are you protesting against the judicial system?” the judges told the petitioner’s who sought permission to hold ‘Satyagrah’.

The bench, also comprising Justice C T Ravikumar, said although the petitioners had a right to protest, “but you cannot destroy property. This business should stop. You are also heckling the security person.”

The apex court said citizens have equal rights to move freely and without fear and their properties are being damaged in the protest. “There has to be some balanced approach,” it said.

Choudhary, however, argued that it was not part of the protest blocking the highways, but it was the police which had blocked the highways not the farmers. He sought direction to the authorities to provide space to at least 200 farmers or protestors at the Jantar Mantar for organising a peaceful and non-violent ‘Satyagrah’.

The bench asked the petitioner to file an affidavit in this regard and put the matter for consideration next week. It also allowed the farmers’ body to serve the copy of the petition on the office of the Attorney General.

A separate bench of the top court had on January 12 while staying implementation of three farm laws had constituted a committee to look into the matter. The panel had already submitted its report on March 19 after consulting a large number of farmers and several stakeholders.

Farmers have been protesting at Delhi’s borders for over a year against the Centre’s three agricultural laws.

The farmers groups, which started their protests against the three laws since November 26, 2020, continue to stage their sit-ins at the borders of the national Capital.