A turbulent year, 2021 saw working of the courts hit by the second wave of the COVID-19 pandemic, forcing them to migrate to virtual hearings for a brief period. 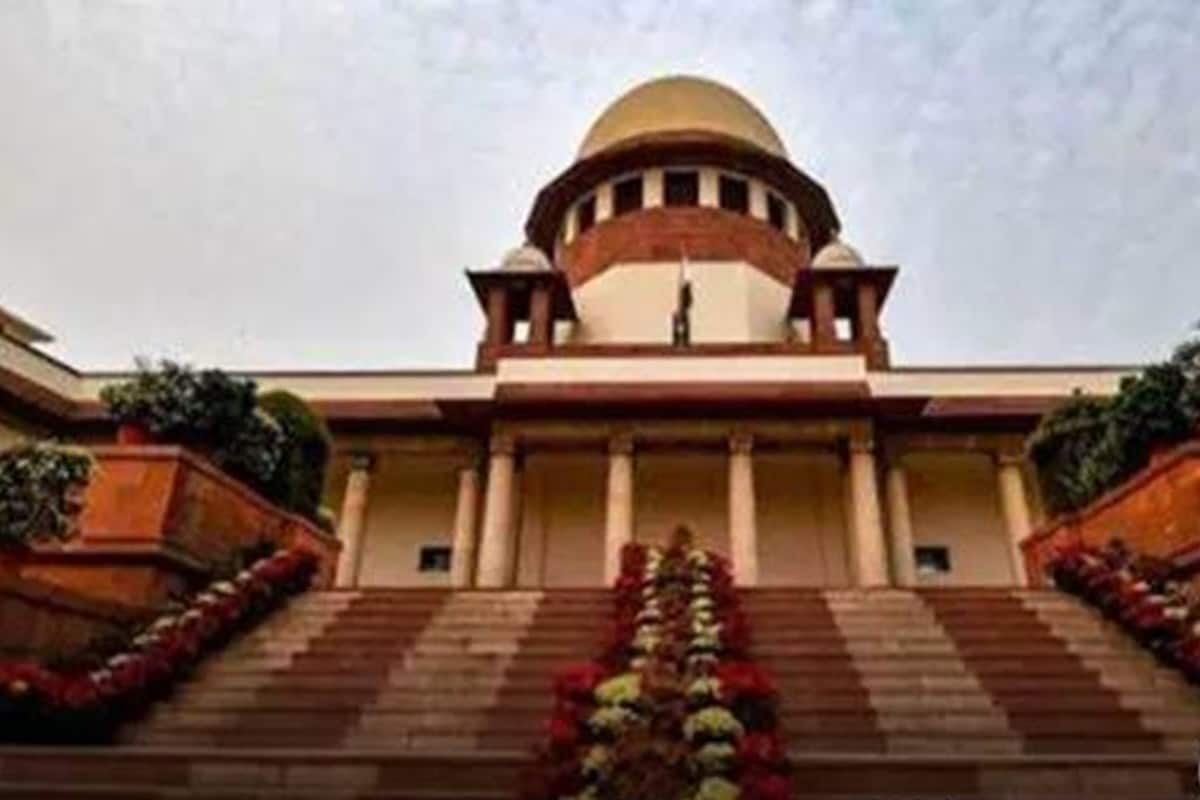 Under Chief Justice of India NV Ramana, the top court's verdicts covered a range of issues including Pegasus snooping, Lakhimpur Kheri violence, arbitration case, among many others.

The year 2021 ends leaving behind an array of court judgements – controversial as well as progressive. A turbulent year, 2021 saw working of the courts hit by the second wave of the COVID-19 pandemic, forcing them to migrate to virtual hearings for a brief period. Under Chief Justice of India NV Ramana, the top court’s verdicts covered a range of issues including Pegasus snooping, Lakhimpur Kheri violence, arbitration case, among many others.

Let’s take a look at 10 important Supreme Court verdicts in 2021:

1) Marriage of two adults: The Supreme Court of India, earlier this year (February 12), ruled that consent of family or parents is not needed once two adults decide to get married. The top court observed that if an educated boy and girl are selecting their life partners themselves, departing from traditional norms of society, then the consent of the family or the community or the clan is not necessary and consent of the girl/boy has to be piously given primacy.

“We are fortified in our view by earlier judicial pronouncements of this Court clearly elucidating that the consent of the family or the community or the clan is not necessary once the two adult individuals agree to enter into wedlock and that their consent has to be piously given primacy. It is in that context it was further observed that the choice of an individual is an inextricable part of dignity, for dignity cannot be thought of where there is erosion of choice. Such a right or choice is not is not expected to succumb to the concept of “class honour” or “group thinking,” ruled the top court.

2) SC’s remark on vaccination policy: The central government had been providing vaccines to the states free of cost, a shift from its earlier vaccination policy in early stages when those above 45 years used to get it for free while those below were required to pay for it. However, hearing a batch of petitions in June this year, the apex court remarked that vaccine prices should be the same across the nation. It also termed the central government’s policy of free vaccination for those above 45 and paid for those between 18-44 age as arbitrary and irrational.

“Unlike the prior policy, the Liberalized Vaccination policy does not prioritize persons with co-morbidities and other diseases, persons with disabilities, or any other vulnerable groups. This is especially at issue because the experience of the second wave of the pandemic has provided experiential learning that the COVID-19 virus is capable of mutation and now poses a threat to persons in this age group (18-44) as well,” it said. Days after the verdict, the Centre announced that vaccines should be administered free of cost to all eligible people at government centres.

3) Maratha Reservation: In May this year, the apex court struck down the Maharashtra government’s legislation granting quota to Marathas in admissions and government jobs. The court quashed the law while terming it unconstitutional and ruled that there were no exceptional circumstances to breach the 50 per cent reservation cap set by the 1992 Mandal verdict. The judgment came on a batch of pleas challenging the Bombay High Court verdict which had upheld the grant of reservation to Marathas in admissions and government jobs in the state.

A five-judge constitution bench headed by Justice Ashok Bhushan said that the MC Gaikwad commission report which was the basis for the Maratha quota did not highlight any exceptional circumstances for grant of reservation to the community. The top court unanimously refused to refer the Mandal judgment to a larger bench for reconsideration on issues including permitting the state to breach the 50 per cent ceiling on quota in extraordinary circumstances.

4) OBC reservation in Local Body polls in Maharashtra, Madhya Pradesh: The Supreme Court had quashed the Maharashtra and Madhya Pradesh governments’ attempt to hold local body polls with reservation for OBC. In the case of Maharashtra, the top court directed the State Election Commission (SEC) to notify 27 per cent of seats in the local body, which were reserved for the Other Backward Classes (OBCs), as a general category and then held an election for those seats. In March this year, the apex court had said that reservation in favour of OBCs in local bodies in Maharashtra cannot exceed an aggregate of 50 per cent of the total seats reserved for Scheduled Castes, the Scheduled Tribes and OBCs taken together. On December 17, the top cout had directed the Madhya Pradesh State Election Commission to stay the local body poll process on seats reserved for OBCs and to re-notify them as a general category.

5) ‘Tata Sons vs Cyrus Mistry’: The Supreme Court on March 26 set aside an order passed by the NCLAT that restored Cyrus Mistry as executive chairman of the Tata Group. A bench of Chief Justice SA Bobde and Justices AS Bopanna and V Ramasubramanian allowed the appeals filed by Tata Group against the NCLAT order. The top court said, “…all the questions of law are liable to be answered in favour of the appellant’s Tata Group and the appeals filed by the Tata Group are liable to be allowed and SP Group is liable to be dismissed.” Mistry had succeeded Ratan Tata as chairman of Tata Sons in 2012 but was ousted four years later.

Dismissing Mistry’s allegations of oppression of minority shareholders like Shapoorji Pallonji (SP) group by the Tata Sons, the bench said, “It is an irony that the very same person who represents shareholders owning just 18.37 per cent of the total paid-up share capital and yet identified as the successor to the empire, has chosen to accuse the very same Board, of conduct, oppressive and unfairly prejudicial to the interests of the minorities.”

6) ‘Holding valid Singapore’s Emergency Arbitrator award’: In a big win for e-commerce giant Amazon, the Supreme Court held on August 6 that Singapore’s Emergency Arbitrator award, restraining the Rs 24,731 crore merger deal of Future Retail Ltd with Reliance Retail, was valid and enforceable under Indian arbitration laws. The FRL had contended that the Emergency Arbitrator was invalid under the Indian law as the term does not find any mention in the statute here. A bench of Justices R F Nariman, however, ruled that an award of an EA of a foreign country is enforceable under the Indian Arbitration and Conciliation Act. “The EA Order is an order within section 17 (1) and can be enforced under Section 17(2) of the Arbitration and Conciliation Act,” it said.

Amazon had first filed a plea before the high court (single judge) for enforcement of the October 25, 2020, EA award by Singapore International Arbitration Centre (SIAC) restraining FRL from going ahead with the deal with Reliance Retail. In August 2020, the Future group had agreed to sell its retail, wholesale, logistics, and warehousing units to Reliance.

7) Sedition: The Supreme Court of India this year took a grim view of the contentious sedition law by raising questions over its validity. A former army officer had challenged the Constitutional validity of the sedition law in the Supreme Court on the ground that it “causes a chilling effect on speech and is an unreasonable restriction” on free expression, a fundamental right. While hearing the petition, the top court asked the Centre why it is not repealing the archaic law which was promulgated by the Britishers to silence the voices raised against the rule and suppress the freedom movement.

On July 15, the Supreme Court said that the sedition law belonged to the colonial era and questioned the Centre whether it is still necessary after 75 years of Independence. The top court remarked that there has been enormous misuse of the law and its use ‘is like giving a saw to the carpenter to cut a piece of wood and he uses it to cut the entire forest’. The government had informed the Rajya Sabha in 2019 that it doesn’t plan to scrap the law, saying that the IPC section is needed to effectively combat anti-national and terrorist elements.

8) Relief for Supertech home buyers: In an August 31 judgment which brought significant relief for Supertech homebuyers after an almost decade-long battle, the Supreme Court ordered the demolition of the under-construction twin 40-storey towers which would have blocked sunlight and fresh air, violating building norms. The Supertech was building the twin towers in collusion with NOIDA officials. “A breach by the planning authority of its obligation to ensure compliance with building regulations is actionable at the instance of residents whose rights are infringed by the violation of law. Their quality of life is directly affected by the failure of the planning authority to enforce compliance,” said the top court in its order.

A bench of Justices D Y Chandrachud and M R Shah said, “The order passed by the (Allahabad) High Court for the demolition of Apex and Ceyane (T-16 and T-17) does not warrant interference and the direction for demolition issued by the High Court is affirmed”.

9) Air Pollution: Delhi’s hazardous air quality forced the Supreme Court to call for action to tackle the emergency pollution situation again this year. The court was dismayed over the poor air quality in Delhi-NCR and asked the Centre-appointed panel to work on finding a permanent solution to the menace. On December 16, the apex court directed the Commission for Air Quality Management to invite suggestions from the public and experts to find a permanent solution to the problem of air pollution in Delhi-NCR. A bench headed by Chief Justice N V Ramana also took note of a report filed by the commission. The bench was also informed by the government that which all industries were allowed to operate. Taking a note of the slightest improvement in the air quality, the apex court had earlier permitted the commission on air quality management to decide on various representations seeking an easing of curbs, like the ban on construction activities.

10) Skin to Skin verdict: The Supreme Court in November this year overturned a controversial Bombay High Court verdict that held that skin-to-skin contact was necessary for the offence of sexual assault under the Protection of Children from Sexual Offences (POCSO) Act. Setting aside the verdict, a bench headed by Justice U U Lalit said the most important ingredient of constituting sexual assault is sexual intent and not skin-to-skin contact with the child. It said that the purpose of the law cannot allow the offender to escape the meshes of the law.

Other key verdicts delivered this year by the top court included compensation for COVID-19 victims, upholding the Centre’s power to extend Sanjay Kumar Mishra’s tenure as Director of the Enforcement Directorate, allowing construction of the Central Vista project, staying the implementation of the three farm laws in January (the laws were repealed by the Centre in November during Winter Session), setting up an expert committee to probe the Pegasus snooping row and permitting Centre to carry out road widening work on the Char Dham Road project.

More Stories on
Supreme Court
Next Story
Kejriwal writes to PM on NEET counselling; says docs should be in hospitals not streets