Surat news: Sunita Yadav was posted at the Varachha police station. She was transferred following an altercation with the son of minister Kumar Kanani. 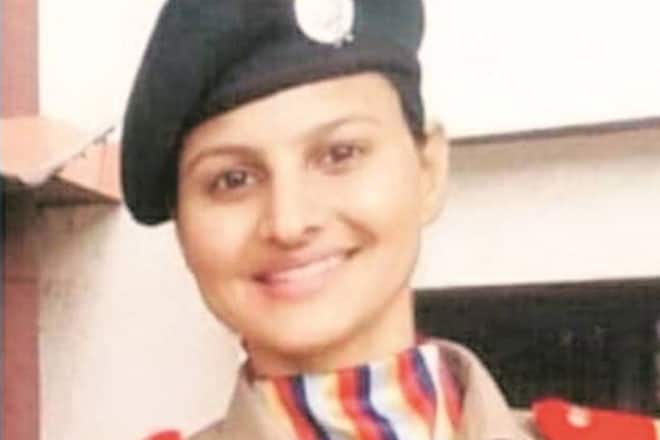 A woman constable in Gujarat was transferred following an altercation with the son of a minister and his two friends for violating lockdown norms and curfew in Surat. According to a report in The Indian Express, the constable has been identified as Sunita Yadav.

Sunita Yadav was posted at the Varachha police station. The alleged altercation between her and the trio took place on July 9 night during the curfew hours. She was posted on a bandobast duty when the incident happened around 10.35 pm on Sunday near Mini Bazar in Varachha area.

The three, identified as Prakash, Dushyant Godhani and Sanjay Kakadia, were arrested for flouting the lockdown norms and curfew in Surat. However, they were later released on bail. Prakash is the son of MoS for Health Kumar Kanani.

Also Read
Amid IAF’s ‘Prachand’ buzz, Indian Army readies for more LCHs this month; to be deployed along LAC
Who is Amritpal Singh, Bhindranwale supporter who now heads organisation founded by Deep Sidhu?
Ashok Gehlot takes a jibe at PM Modi, says ‘wanted to appear humbler than me’

Yadav has been transferred from Varachha police station to police headquarters, the IE report said, adding that an inquiry was set up after the purported audio and video clips of the incident were widely circulated on social media.

Sources told the daily that Sunita Yadav stopped five youths who were travelling in a car without wearing masks and being out on the streets during curfew hours. The constable purportedly snatched the keys of the car. One of the youths called up the minister’s son who reached the spot.

According to the video, when the man was asked why he stepped out during curfew hours, he claimed to be the son of Kanani. He told Yadav that he came ‘to help his friend’.

Varachha police said a case was registered against the three for violating lockdown and curfew rules.

“We arrested all the accused for violating curfew rules and released them on bail on Sunday,” Assistant Commissioner of police ‘A’ Division CK Patel said.