He said this time there is direct fight between the BJP and people of the state. 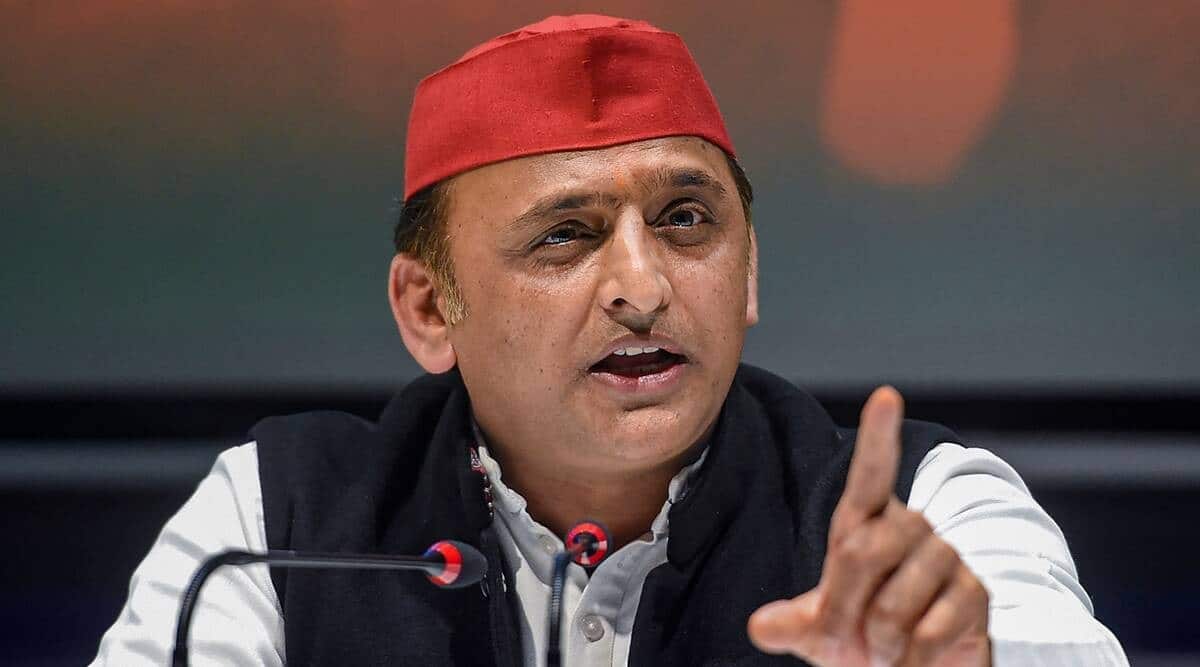 Samajwadi Party chief Akhilesh Yadav on Monday took a jibe at Chief Minister Yogi Adityanath for calling the prime minister for his poll campaign, and coined a new acronym for PM — Packers and Movers — to state that people have understood its meaning. Hitting out at the BJP, Yadav also asserted that there is a 440 volt current against the ruling party in the public.

“The CM has called PM (for UP polls). The people of cities know what PM means…It means his Packers and Movers (PM) are ready,” Yadav said while addressing an election rally in Sandila constituency in Hardoi. He said this time there is direct fight between the BJP and people of the state.

“We are with the people who are directly fighting with the BJP. Neither BSP nor Congress is going to form the next government. Don’t waste your votes and ensure the SP forms the next government,” he said. Terming Adityanath as “Bulldozer Baba”, Yadav said he used to call him ‘Baba CM’ but a newspaper has named him as “Bulldozer Baba”. “The CM used to change names and colours of schemes in past five years and now his name has also been changed,” he said.

He said in the first and second phase of polls, the Samajwadi Party has scored a century in terms of seats and after third and fourth phase the “double century” of his party will be made and in rest of the phases the BJP will be left far behind.

“The BJP did not understand that there is 440 volt current against it in the public. The language of its leaders has changed,” he said, adding that the people of the state have already sent the Baba to his native place Gorakhpur (from where his is contesting polls).

Giving a slogan, “Janta ne khadi kar diya hain inki khatiya, isliye inke bayan aa rahe hain ghatia” (As people have discarded them, the language of its leaders have become bad), Yadav said while the BJP is talking of curbing others by ‘garmi’ (haughtiness), the SP talks of “bharti” (recruitments).

He said 11 lakh vacant government jobs will be filled if his party was voted to power and problems of ‘Shiksha Mitra’ (adhoc primary teachers) will be resolved.

SBSP chief Om Prakash Rajbhar who accompanied Yadav for the rally, alleged that BSP tickets were finalised by a senior BJP leader and asked people not to waste their votes.