“I also talked to them today morning. We are saying that this is not a question of victory or defeat and you should also not see this issue like this,” he said. 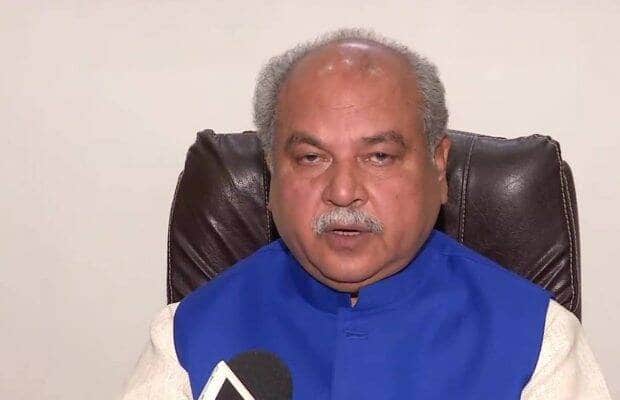 Tomar said that he has been in contact with the farmers' leaders since the last more than a year. (File image)

Union Agriculture Minister Narendra Singh Tomar on Sunday said since law and order is a state subject, a decision on withdrawal of the cases registered against farmers during their anti-farm laws protest will be taken by the respective state governments.

Talking to reporters, he also welcomed the farmers’ decision to call off the agitation.

The Samyukta Kisan Morcha (SKM), an amalgamation of various farmer unions that spearheaded the protest against the three contentious farm laws, had on Thursday announced the suspension of its over a year-long agitation after they received a formal letter from the central government accepting their key pending demands including withdrawal of police cases against the protesters and on MSP.

“The issue of law and order falls under the jurisdiction of state governments. So they will take a decision in this regard,” Tomar said when asked about the withdrawal of cases registered against the farmers during their agitation.

The letter sent to the SKM by the Centre said the governments of Uttar Pradesh, Madhya Pradesh, Uttarakhand, Himachal Pradesh and Haryana have agreed to withdraw cases against farmers with immediate effect. Cases registered against farmers in Delhi and other states will also be withdrawn, it added.
Tomar said that he has been in contact with the farmers’ leaders since the last more than a year.

“I also talked to them today morning. We are saying that this is not a question of victory or defeat and you should also not see this issue like this,” he said.
Responding to a question about the delay in taking a decision on the farmers’ agitation, Tomar said that this is not a hidden issue and everybody knows about it.
“All farmers have welcomed the decision of Prime Minister Narendra Modi, which ensured the respect of the agriculturists. Now, farmers have ended their agitation and are returning home,” he said.

On November 29, a bill was passed in Parliament to repeal the contentious farm laws, one of the main demands of the protesting farmers.
In reply to another question, Tomar said the supply of fertilisers to farmers is being ensured.

Addressing a programme later, the minister said that all the money released by the Centre for the people is reaching the beneficiaries as the role of middlemen has been eliminated.

Next Story
All farmers to leave protest sites at Delhi borders by Dec 15, SKM to meet next on Jan 15: Rakesh Tikait