Congress President Sonia Gandhi today met the 13-year-old mentally-challenged girl who is undergoing treatment at AIIMS here after she was brutally raped and dumped near a railway track last week. 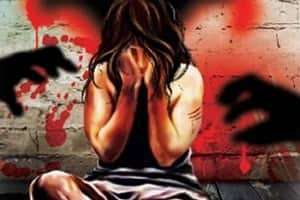 Congress President Sonia Gandhi today met the 13-year-old mentally-challenged girl who is undergoing treatment at AIIMS here after she was brutally raped and dumped near a railway track last week.

According to sources, Gandhi reached the hospital at around noon and met the victim.

Chief Minister Arvind Kejriwal met the victim in the morning and raised the issue of granting full statehood to Delhi in order to curb such incidents which “occur repeatedly”.

Kejriwal said he has sought time to meet Union Home Minister Rajnath Singh to discuss how such incidents could be stopped by working together in the existing system.

The Chief Minister also assured all possible help to the girl’s family members.

The girl was raped and dumped near a railway track in South-east Delhi’s Pul Prahladpur area allegedly by a teenager who lives in her neighbourhood.

The victim, who is an orphan, was admitted to AIIMS and her condition is stated to be stable.

The victim used to live with her maternal aunt at a village near Pul Prahladpur. She went missing on May 17, and a search operation was conducted but she could not be found.

In the wee hours of May 18, locals spotted the girl lying unconscious near the railway track and raised an alarm.

The accused was apprehended yesterday by the police, which is trying to verify his age.

DCW chief Swati Maliwal had met the girl at AIIMS yesterday and also issued notice to the Pul Prahladpur Police Station seeking to know why it was not informed about the incident.