In a major development, the Bharatiya Janata Party (BJP) has announced that Union Minister Smriti Irani will contest for a Rajya Sabha seat from Gujarat. 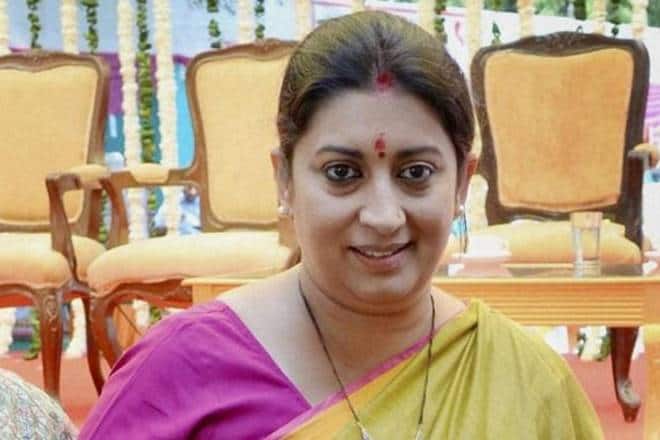 In a major development, the Bharatiya Janata Party (BJP) has announced that Union Minister Smriti Irani will contest for a Rajya Sabha seat from Gujarat. This was decided after a high profile meeting of the party in New Delhi, ANI said. Along with her, it has been revealed that the BJP President Amit Shah too will contest for a seat in the Upper House of the Parliament and he will give up his seat as an MLA in the Assembly there. The information was given by BJP leader JP Nadda after the BJP Parlaimentary party meet was over in Delhi. Of the total 11 Rajya Sabha members from the state, the term of three, including Smriti Irani and Dilipbhai Pandya (both from BJP) along with Ahmed Patel of Congress, is coming to an end on August 18, 2017. The BJP in the state had held a meeting on Monday to discuss the names of the probable candidates, while Congress called a meeting on Tuesday to chalk out its strategy for the August 8 Rajya Sabha polls. While BJP chief Amit Shah and its leader Smriti Irani is in the field, Congress has re-nominated its senior leader Ahmed Patel as the party’s candidate for the upcoming election, as per a PTI report, quoting Gujarat Congress unit chief Bharatsinh Solanki.

The election to the Rajya Sabha seat in Gujarat will be held on August 8. The last date for filing of nominations for 10 Rajya Sabha vacancies from Gujarat, West Bengal and Madhya Pradesh is July 28. The process of nominations began on July 21.