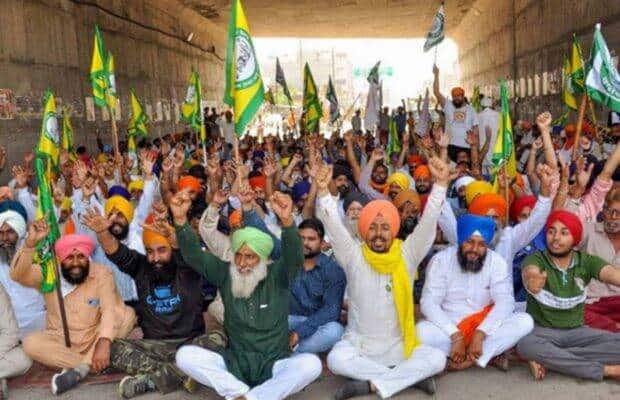 The Samkyukt Kisan Morcha will meet today at Delhi’s Singhu border to take a ‘formal decision’ on withdrawing the year-long protest against the farm laws. On Wednesday, it said that a consensus has been reached over a revised draft proposal of the Centre on their pending demands.

Sources in the farmers’ umbrella body indicated that once unions receive a formal communication from the government on the agreed fresh draft proposal, the farmers’ agitation, which had started at the three Delhi border points – Singhu, Ghazipur and Tikri – on November 26 last year, will be ended soon.

According to the SKM sources, the fresh proposal sent clarified that the government will include SKM members in the committee on MSP and that governments of Uttar Pradesh, Madhya Pradesh, Uttarakhand and Haryana have agreed to withdraw cases against farmers with immediate effect. Cases registered against farmers in Delhi will also be withdrawn.

The SKM had formed a five-member panel for a dialogue with the Centre regarding pending demands of farmers including legal guarantee on MSP, withdrawal of cases against farmers registered during the movement and compensation to kins of farmers who died during the agitation.

Yudhvir Singh, who is part of the SKM’s five-member committee, on Wednesday said, “The ball is now in the government’s court and a final decision will be taken tomorrow (Thursday).”

On Tuesday, the SKM had demanded clarification on certain points in the government’s proposal, including on the precondition set for the withdrawal of “fake” cases against farmers. SKM sources said that the fresh proposal sent by the Centre also clarified that procurement of crops on MSP from states will not be reduced.

Farmer leader and SKM core committee member Darshan Pal said that the revised draft was received by farmers in the morning in which the government has removed some points and added some as suggested by SKM.

“The SKM has unanimously accepted the revised draft. We need this revised draft in the form of a letter from the government. The SKM will meet again on Thursday 12 noon after receiving the Centre’s letter. A decision will be made thereafter,” Pal said.