The LJD has never fought any election since its inception in 2018 while its chief Sharad Yadav unsuccessfully the 2019 Lok Sabha polls from Madhepura on the RJD ticket. 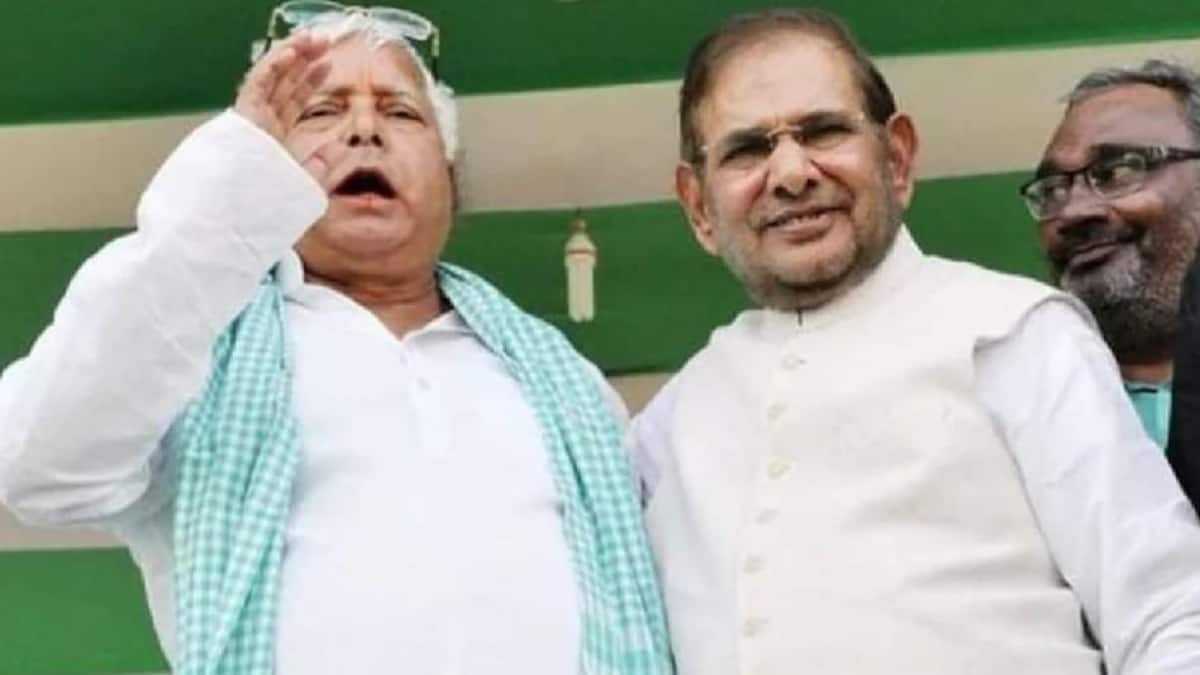 The LJD has never fought any election since its inception in 2018 while its chief Sharad Yadav unsuccessfully the 2019 Lok Sabha polls from Madhepura on the RJD ticket.

“Merger of our party with RJD is first step towards opposition unity. It’s imperative that whole opposition gets united across India to defeat BJP. As of now, unification is our priority, it’ll be only after that we would think about who’ll lead the united opposition,” Sharad Yadav said at the event.

The LJD has never fought any election since its inception in 2018 while its chief Sharad Yadav unsuccessfully the 2019 Lok Sabha polls from Madhepura on the RJD ticket. In the 2020 Bihar Assembly polls, Sharad’s daughter Suhashini Yadav contested unsuccessfully from Bihariganj seat as a Congress candidate.

Sharad Yadav said the merger is part of his efforts to bring together various splinter outfits of the erstwhile Janata Dal. “To establish a strong Opposition in the country is the need of the hour. I have been working in this direction for a long time to unite breakaway parties of the erstwhile Janata Dal as well as other like-minded parties. Hence, I have decided to merge my party LJD with the RJD,” he tweeted on Wednesday.

While the merger is said to have been on the cards for a long time, the matter of fact is that the LJD has failed to make any headway into Bihar or any other state. Even Sharad Yadav is not known to have a mass base beyond Madhepura, a constituency that he represented several times in the Lok Sabha.

The LJD-RJD merger might be a prelude to the RJD nominating Sharad to the Rajya Sabha in the Upper House biennial polls slated for June, reports The Indian Express. Though there is no official word so far from either camp in this regard, there has been a buzz in political circles about it.

Back in 1990, Sharad Yadav had played a key role in the selection of Lalu Prasad as the CM through an internal party contest after the Bihar elections, when the then Prime Minister V P Singh backed the candidature of Ram Sunder Das.

The 1990 development led to a period that saw political friendship as well as rivalry between Sharad and Lalu. It culminated in their parting of ways in 1997, when Lalu founded the RJD and Sharad established the JD(U), which later merged with George Fernandes’ Samata Party.