Out of the seven injured taken to the Nair Hospital, five died, while two others succumbed to their injuries at two other hospitals – one each in Bhatia Hospital and Kasturba Hospital – he added. 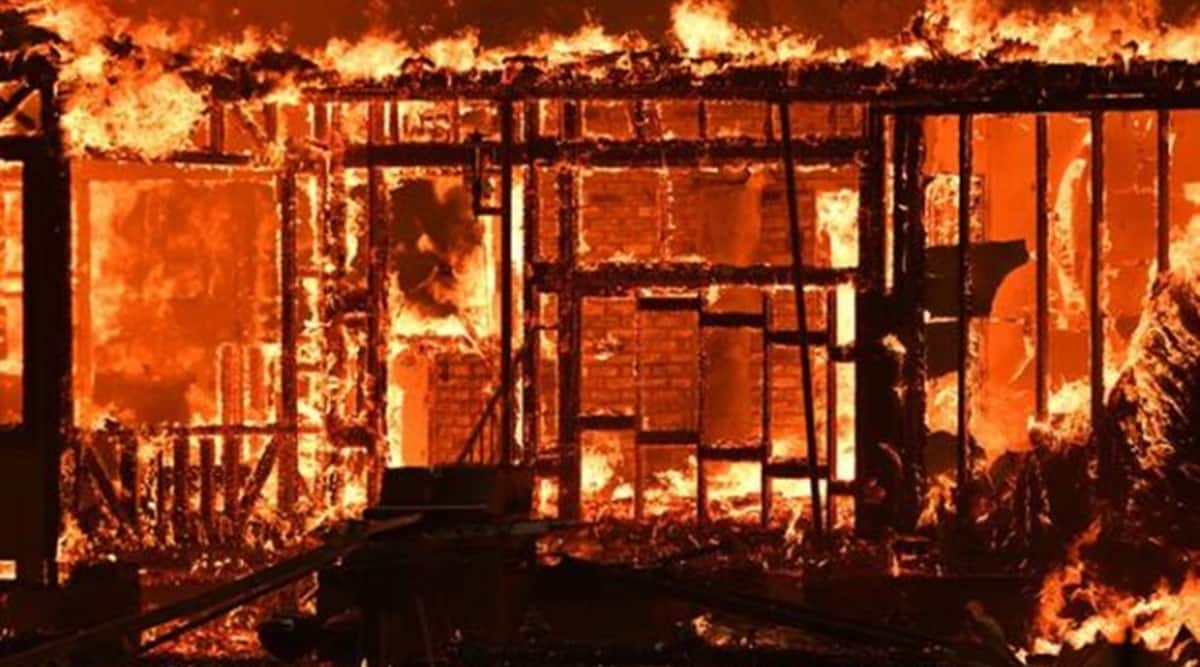 The blaze erupted around 7 am in Kamla building located opposite Gandhi Hospital at Gowalia Tank. (Representational image)

At least six persons were killed and 23 others injured in a major fire that broke out on the 19th floor of a residential building in Tardeo area of central Mumbai on Saturday morning, officials said.

The blaze erupted around 7 am in Sachinam Heights building, a ground plus 20-storey structure located opposite Bhatia Hospital at Gowalia Tank, when many of its residents were still asleep, an official of the Brihanmumbai Municipal Corporation (BMC) said.

Prime Minister Narendra Modi expressed grief over the incident and announced on Twitter that ex-gratia of Rs 2 lakh would be provided to the family members of each deceased from the Prime Minister’s National Relief Fund (PMNRF), and added that the injured would be given Rs 50,000 each.

Maharashtra Tourism Minister Aaditya Thackeray, who visited the site, said the government will provide a compensation of Rs 5 lakh to the family members of each deceased. He said prima facie the blaze was caused by a short-circuit.

Some residents of the building alleged that three nearby private hospitals refused to admit the injured persons and demanded deposit money and their negative COVID-19 certificates. Senior BJP leader Devendra Fadnavis alleged that due to the denial of admission by these facilities, the number of deceased went up.

Talking about the incident, the civic official said, “The fire broke out on the 19th floor of the building. On being alerted, the fire brigade personnel and police rushed the spot. Several persons were rescued, of whom 29 were taken to different nearby hospitals as some of them had suffered injuries, while others complained of health problems, like suffocation.” Seven of the injured were taken to the BMC-run Nair Hospital, where five died, while one more succumbed to injuries at the civic-run Kasturba Hospital, he said, adding 17 injured were admitted to Bhatia Hospital, where five were discharged following treatment, while three of the 12, who are currently undergoing treatment there, are in a critical condition.

The BMC officials had initially said that the fire has claimed seven lives, but later revised the number to six.

On being alerted, 13 fire engines and seven water jetties were rushed to the building to douse the fire, which was tagged as level-3 (major). The blaze was extinguished by 12.20 pm, he said.

“There are at least six flats on each floor of the building. Soon after the fire broke out on the 19th floor, several residents ran out. The blaze engulfed the floor and some occupants got trapped inside,” another official said.

He added that according to some residents, the power supply of the building went off after the fire and many occupants were still asleep when the blaze erupted.

Prashant Gaikwad, assistant municipal commissioner of the D-ward of the BMC, said the building was given occupation certificate in 2015.

In a tweet, PM Modi said, “Saddened by the building fire at Tardeo in Mumbai. Condolences to the bereaved families and prayers with the injured for the speedy recovery.” Aaditya Thackeray said, “The state government will provide a compensation of Rs 5 lakh each to family members of those who lost their lives in this unfortunate fire.” “There were reports about 2 hospitals refusing treatment, however both hospitals informed me that they have admitted and treated some of those injured in this fire,” he tweeted.

He said he visited the affected building and also spoke to the residents, whom he assured to provide “complete assistance”.

Talking to reporters, Thackeray said short-circuit was the prima facie cause of the fire and the building has been evacuated after the incident.

In a social media post, Fadnavis, who is Leader of Opposition in the Maharashtra Legislative Assembly, said, “I am shocked and anguished to know nearby hospitals refused admissions to the injured persons, which resulted into more deaths. If it is true then, BMC and State administration should fix the responsibility for these deaths and take action against those who are responsible for the deaths.”