Venkatramani was admitted to the Bar Council of Tamil Nadu in July 1977 and had joined the chambers of late senior advocate P P Rao in 1979. 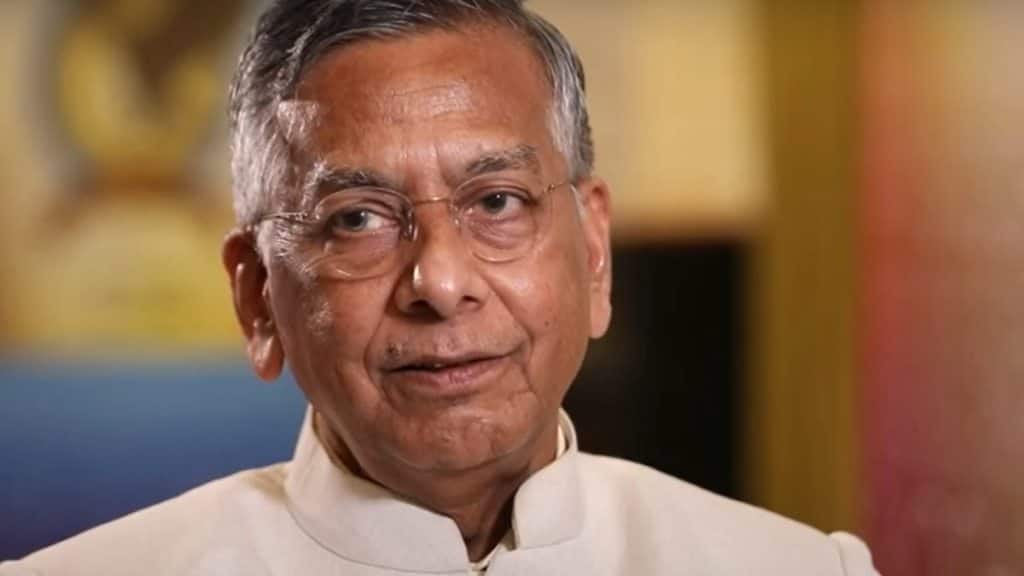 He established an independent practise in the Supreme Court in 1982 and was designated as the senior advocate by the SC in 1997.

Senior advocate R Venkataramani has been appointed as the new Attorney General of India for a period of three years. Earlier this week, senior advocate Mukul Rohatgi had turned down the Central government’s offer to be the next AG.

The apex court had, in 2019, removed the Amarapali’s company’s promoters and appointed Venkataramani as the receiver to manage the day-to-day affairs of the company.

R Venkatramani has practiced in many areas of law, including constitutional law, indirect tax law, corporate and securities law, environmental and human rights law. He has also represented the government of India in the Supreme Court and has been appearing for the Tamil Nadu and Andhra Pradesh governments. He was also appointed as a member, Law Commission of India in 2010 and reappointed for a second term in 2013.

Venkatramani was admitted to the Bar Council of Tamil Nadu in July 1977 and had joined the chambers of late senior advocate P P Rao in 1979.

He established an independent practise in the Supreme Court in 1982 and was designated as the senior advocate by the SC in 1997.

Being engaged by the ministries of finance, railways and health & family welfare as a special counsel, he has also acted as standing counsel for various universities and public sector corporations. He has also served as law member in the ‘Expert Group on Welfare Legislations’ set up by the Planning Commission of India in 1990 and a member of the South Asian Task Force on Judiciary consisting of members of Saarc nations to submit reports on the conditions of judiciary. He was also invited to speak at the workshop jointly organised by the United Nations high commissioner for Human Rights and International Commission of Jurists in Geneva during 4-6 March, 2001.

He has several publications to his credit including books – ‘Land Reforms,’ ‘Judgements of Justice O Chinnappa Reddy,’ Volume on ‘Torts’ in the series of Halsbury’s Laws of India, etc.

Follow us on
Latest News
Hero MotoCorp Q2 profit drops 10 percent, plans multiple launches over next few quarters
Rs 4.25 lakh in fines for GRAP violations in Noida
PhonePe sets up 10 lakh SmartSpeakers for merchants, records over 100 cr transactions across India
Majority of employers in services sector keen to hire in Q3: Report
WhatsApp Communities launched for everyone, here’s what this feature does
African countries look to India’s technology as more appropriate than those from the West
Air quality panel orders ban on plying of diesel LMVs in Delhi-NCR, entry of trucks into capital
Photos
Heart-wrenching! Here is a look at Morbi and the suspension bridge that collapsed
3 days agoOctober 31, 2022
In Pictures: PM Modi in Kargil to celebrate Diwali with soldiers, says, ‘All of you have been my family for years now’
1 week agoOctober 24, 2022
In Pictures: PM Modi inaugurates Deepotsav in Ayodhya; World record set by lighting of over 15 lakh diyas
1 week agoOctober 24, 2022
Read More
×
‘Arrest me if I have committed a crime, why question’: CM Hemant Soren after skipping ED summons
Don’t spare corrupt, don’t be defensive: PM Modi to CVC and anti-corruption agencies
‘Is negligence too an act of God?’ Congress sharpens attack against BJP on Morbi bridge collapse
Gujarat Elections 2022: BJP chief Nadda says party will form govt with big majority
Gujarat elections 2022: Will saffron sweep Gujarat again? Modi to Morbi – 10 factors that could make or break BJP’s chances
Neither govt nor people serious about tackling monstrous problem: Varun Gandhi on worsening air quality in Delhi