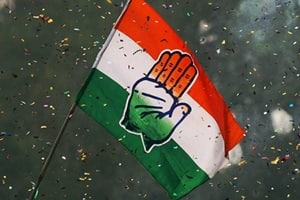 A day after the Maharashtra government renamed the ‘Rajiv Gandhi Jeevandayi Arogya Yojana’ (RGJAY) as ‘Mahatma Phule Jana Arogya Yojana’ (MPJAY), the Congress today accused BJP of “disrespecting” a former prime minister who “gave up his life for the nation”.

“We had started this scheme to provide health benefits to crores of poor people. But, after the new government came to power, we had been hearing that it wants to change the name of this scheme. The (state) Cabinet has erred with its decision,” Maharashtra Pradesh Congress Committee president Ashok Chavan told reporters here.

“The BJP government has disrespected a former PM (Rajiv Gandhi) who gave up his life for the nation,” he said.

“Our party delegation will soon meet Chief Minister (Devendra Fadnavis) and ask him to reconsider his decision,” the Congress MP said.

Chavan, himself a former chief minister, said after ‘Indira Awaas Yojana’ was renamed as ‘Pradhan Mantri Gramin Awaas Yojana’, this is the second scheme to be renamed.

“We have immense respect for Mahatma Phule. But, the BJP government has taken this decision to create controversy and disruptions. The government has stooped very low as far as standards of morality are concerned,” he alleged.

Chavan further said the Opposition parties would not have objected if a new scheme was given name of the government’s choice, but “renaming old scheme reeks of a political conspiracy”.

The new scheme envisages more medical, surgical and follow up procedures and comes into force from October.

Talking about the scheme yesterday, Fadnavis had said 971 ailments were covered under the old scheme. Now, this number got increased to 1,100, including old age issues, hip and knee replacement, sickle cell anemia treatment.

Also, 31 super speciality and 127 follow up procedures have been included.

Moreover, the insurance cover under the new scheme has been raised from the earlier Rs 1.5 lakh to Rs 2 lakh.