On August 26, proceedings before the ceremonial bench on the date of retirement of former CJI N V Ramana were livestreamed. 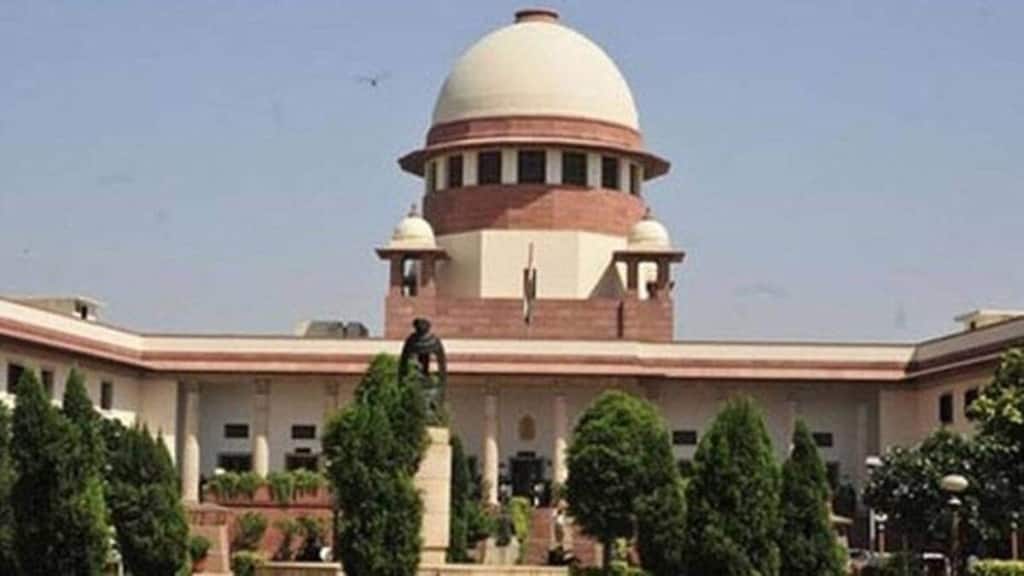 While the court proceedings were available to lawyers and media through virtual mode since the lockdown was imposed during Covid pandemic, people on Tuesday were able to access the proceedings from anywhere in the world on their cell phones, laptops, and computers without any hassle. (IE)

In a first, the Supreme Court on Tuesday began livestreaming of its three Constitution Bench proceedings. It was an impressive start with more than 0.8 million people watching the top court’s proceedings during the day.

The move is aimed at enhancing transparency and accessibility in its functioning and also to keep pace with the technology.

As of now, the livestream is available on the government’s official platform and the use of YouTube for the purpose is temporary. The SC e-Committee has been working on a proposal to launch its own exclusive platform to live-stream proceedings.

“This is an humble beginning and the attempts will now be made to livestream proceedings in all important matters before livestreaming of all the proceedings becomes the order of the day,” stated a press release.

Legal experts feel that now that proceedings are opened for viewership, there will transparency in the dissemination of information to public at large, who will be able to understand the court proceedings, the nature of judicial work and also ascertain the behaviour of a judge inside the courtroom.

According to SC Bar Association president Vikas Singh, it’s a great step in bringing transparency in the functioning of the SC. “Now lawyers and judges will be careful in what they say. Also it will ensure that no misreporting happens,” he said.

“This was long required. This truly makes the court transparent and accessible to the litigant from not only the remotest part of the country but also anywhere in the world,” said SC lawyer and additional advocate general for Punjab Sunil Fernandes.

Echoing these views, SC lawyer Liz Mathew said, ” It will help dispel certain notions like the context in which the judges pose questions to lawyers during hearings, which are otherwise not clear from media reports.”

In an unanimous decision taken at a recent full court meeting, headed by Chief Justice UU Lalit, the apex court decided to go live from Tuesday, almost four years after the 2018 path-breaking judgment by the then CJI Dipak Misra. In its landmark judgement, the bench, led by Mishra, while declaring live telecast of court proceedings part of the right to access justice under Article 21 of the Constitution had observed that “sunlight is the best disinfectant.”

On August 26, proceedings before the ceremonial bench on the date of retirement of former CJI N V Ramana were livestreamed.

While the court proceedings were available to lawyers and media through virtual mode since the lockdown was imposed during Covid pandemic, people on Tuesday were able to access the proceedings from anywhere in the world on their cell phones, laptops, and computers without any hassle.

“I don’t think it was sunk in yet. Thanks to the pandemic, advocates already had an exposure to online hearings. The live-streaming takes it to an entirely new level as unlike the VC hearings which could be seen by an audience only if the “VC link” was shared. Now the whole wide world can see the court proceedings,” Fernandes says.

Former Additional Solicitor General and SC senior lawyer KV Vishwanathan, who on Tuesday appeared in one of the matters before the Constitutional Bench led by Justice Sanjay K Kaul, “once the proceedings began everyone forgot that they were live. There was no playing to the gallery, which I had feared. Sunlight, definitely is the best disinfectant. It should reinforce the confidence of the citizenry in the judiciary.”

However, experts apprehend that there is a downside too to this. All the lawyers don’t have good courtcraft and skill. “The lawyers will have to improve their presentation. They can’t get away with making incorrect submissions (both in law and grammar). This might tempt lawyers to grandstand. They might take a longer time to conclude their submissions that they otherwise would have taken. The temptation to argue more with the bench, to play to the gallery, would definitely be there,” warns Fernandes.

Judges will have to ensure that some lawyers in the matters of public persona do not play to the gallery, Mathew adds.

At present, six high courts in the country, namely Gujarat, Orissa, Karnataka, Jharkhand, Patna, and Madhya Pradesh, live-stream their proceedings through their own channels on YouTube.

Whatever said and done, “it’s a salutary move. A positive move. Things will only get better with it!”