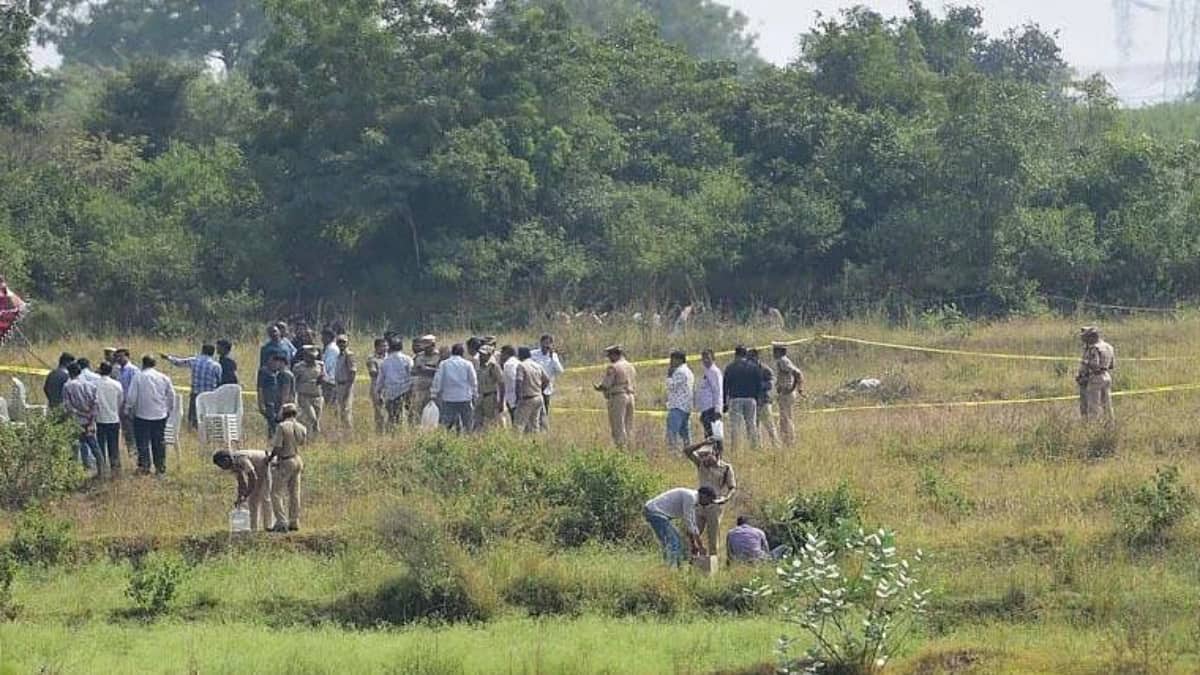 The four accused in a case of gang-rape and murder of a veterinarian in Hyderabad, who were killed in a police encounter, were “deliberately fired upon with an intent to cause their death”, according to the report of a three-member inquiry commission appointed by the Supreme Court.

Recommending that 10 police officials be tried for murder of the four accused, which include three minors, the commission pointed out glaring lapses in the investigation.

“In our considered opinion, the accused were deliberately fired upon with an intent to cause their death and with the knowledge that the firing would invariably result in the death of the deceased suspect,” the report said.

“We are of the opinion that at the relevant time, Jolu Shiva, Jolu Naveen, and Chintakunta Chennakeshavulu were minors,” it said.

Earlier today, the top court ordered sharing of the sealed cover report of a three-member inquiry commission on the encounter killings of four accused in a case of gang-rape and murder of a veterinarian in Hyderabad, and transferred the matter to the Telangana High Court for further action.

A bench comprising Chief Justice N V Ramana and Justices Surya Kant and Hima Kohli did not agree to the submissions of senior advocate Shyam Divan that the report be kept in a sealed cover.

Prior to this, the top court, on August 3, last year, had granted the extension of six months to the Commission, headed by former apex court judge V S Sirpurkar, to file the final report on encounter killing of the four accused in the case of gang-rape and murder of the veterinarian.

The Sirpurkar panel was set up on December 12, 2019, to inquire into the circumstances leading to the encounter and was to submit the report in six months. The other members of the Commission include former Bombay High Court judge Rekha Sondur Baldota and ex-CBI director D R Karthikeyan.

The term of the inquiry panel has now been extended thrice. It was extended in July 2020 for the first time for six months.While appointing the panel, the top court had stayed the proceedings pending in the Telangana High Court and the National Human Rights Commission (NHRC) in the case and had sought an SIT report, saying no other authority shall inquire into the matter pending before the Commission till further orders.

The top court had noted that “conflicting versions about the incident demand an inquiry to uncover the true facts”.It had directed that the panel would sit at Hyderabad and all the expenses including for the secretarial staff would be borne by the Telangana government.

Further, the state would render all assistance required by the Commission. Two petitions were filed in the Supreme Court, one by lawyers G S Mani and Pradeep Kumar Yadav, and the other by advocate M L Sharma, seeking an independent investigation against the police officers concerned.

The PIL, filed by Mani and Yadav, claimed that the alleged encounter was “fake” and an FIR should be lodged against police officers involved in the incident. The Telangana Police had said the accused were killed in an exchange of fire. The incident took place around 6.30 am when the accused were taken to the site of the offence for the reconstruction of the scene of the crime as part of the investigation.

The four accused — Mohammed Arif, Chintakunta Chennakeshavulu, Jolu Shiva, and Jollu Naveen — were arrested in connection with the gang-rape and murder of veterinary lady doctor in November 2019. The four accused were shot dead on NH-44 near Hyderabad — the same highway– where the charred body of a 27-year-old veterinarian was found.

The police had claimed that on November 27, 2019, the woman veterinarian was kidnapped, sexually assaulted, and later found murdered.It had said that the accused had subsequently burned the body of the woman.