Rajasthan government crisis: Taunting the Congress, BJP leader Jyotiraditya Scindia said there is no place for talented leaders in the Congress party. 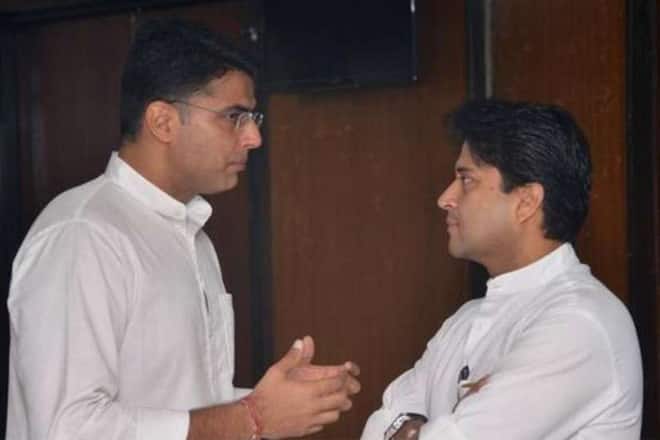 Jyotiraditya Scindia tweeted that he was saddened to see Sachin Pilot being sidelined by Congress. (File pic)

Bharatiya Janata Party (BJP) leader Jyotiraditya Scindia on Sunday said that he was saddened by how his former party colleague Sachin Pilot was being sidelined by Congress. Scindia’s tweet comes amidst an escalating feud between Rajasthan Chief Minister Ashok Gehlot and deputy CM Sachin Pilot.

Taunting the Congress, he said there is no place for talented leaders in the Congress party.

Rajasthan deputy CM Sachin Pilot is in Delhi since Sunday with a few MLAs loyal to him amid reports of a rift with CM Ashok Gehlot. There are reports that Pilot is in talks with the BJP to bring down the Ashok Gehlot government.

Sad to see my erstwhile colleague, @SachinPilot too, being sidelined and persecuted by Rajasthan CM, @ashokgehlot51 . Shows that talent and capability find little credence in the @INCIndia .

According to a PTI report, Pilot and MLAs supporting him have resolved that they cannot work under Ashok Gehlot’s chief ministership after a letter was served to ‘publicly discredit’ the PCC chief. The MLAs, referring to the SOG’s summons to Pilot in a case related to alleged attempts to bring down the Gehlot government, asserted that there had been internal problems earlier too but this letter has crossed all limits and such humiliation cannot be tolerated.

Scindia had defected to the BJP in March along with 22 MLAs who were loyal to him. This had led to the collapse of the Kamal Nath government. Scindia was upset with the Congress leadership after he was denied a Rajya Sabha berth. After Scindia joined the BJP, the saffron party nominated him to the Upper House and he won the election comfortably.

The Rajasthan Legislative Assembly has 200 seats. The Congress has 107 MLAs and enjoys the support of independent MLAs and MLAs of other parties like Rashtriya Lok Dal, CPI (M) and Bhartiya Tribal Party (BTP). The BJP has 72 MLAs.

The tussle between Ashok Gehlot and Sachin Pilot began even before the Congress came to power in Rajasthan in December 2018 when Assembly elections were held. The feud came to the fore during candidate selection and escalated when the high command decided to give Gehlot a third shot at chief ministership. The two again crossed swords over portfolio distribution. However, the matter was settled following an intervention by then Congress president Rahul Gandhi.

The feud came out in open six months later when Lok Sabha elections were held. Following a poor show, the Sachin Pilot camp alleged that Ashok Gehlot focused all his attention on the Jodhpur seat where his son was in the fray.