Shiv Sena on Saturday called for a 12-hour strike in Kerala to protest against Supreme Court’s verdict allowing entry of women in Sabarimala temple. 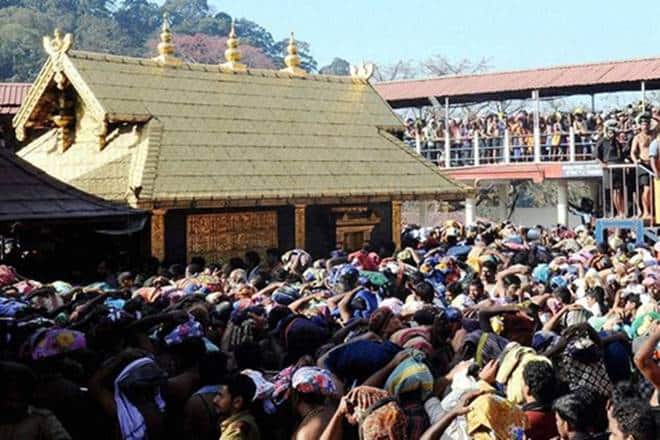 Shiv Sena's announcement comes a day after the Supreme Court gave the landmark judgement, seen as a step to boost gender equality.

Shiv Sena on Saturday called for a 12-hour strike in Kerala to protest against Supreme Court’s verdict allowing entry of women in Sabarimala temple, news agency ANI reported. Shiv Sena’s announcement comes a day after the Supreme Court gave the landmark judgement, seen as a step to boost gender equality. As per earlier customs, the entry of girls and women of age between 10-50 was banned from the temple.

On Friday, Chief Justice Dipak Misra led five-judge bench delivered its verdict 4-1. The court held that “devotees of Lord Ayyappa are just Hindus and do not constitute a separate religious denomination.” The court added that the stipulating exclusion of entry of women of the age group of 10 to 50 years, is a clear violation of the right of such women to practise their religious belief.

The verdict was last for Chief Justice Dipak Misra before demitting his office as the top jurist of the country. “Any rule based on discrimination or segregation of women pertaining to biological characteristics is not only unfounded, indefensible and implausible but can also never pass the muster of constitutionality,” Justice Misra pronounced in his judgment for himself and Justice A M Khanwilkar. The views were further shared by Justices R F Nariman and D Y Chandrachud.

Only one member of the panel, Justice Indu Malhotra, dissented saying the religious customs should be decided by the member which form a community.

The entry of women in the temple has remained a sensitive issue in the state. In its verdict, the court also took note of the conflicting stands taken by the state government on the issue over the years.

The bench noted that the state of Kerala had taken contrary stands at different times. In its affidavit in 2007, the state government had indicated it was not in favour of discrimination towards any woman or any section of the society. Later, in 2016, taking the stand that the earlier affidavit was contrary to the judgment of the Kerala High Court.