Sabarimala case: SC verdict tomorrow – From chronology to facts, all you need to know about the case

The verdict will be pronounced by a Constitution bench led by Chief Justice of India Ranjan Gogoi and comprising Justices Rohinton Nariman, AM Khanwilkar, DY Chandrachud and Indu Malhotra. 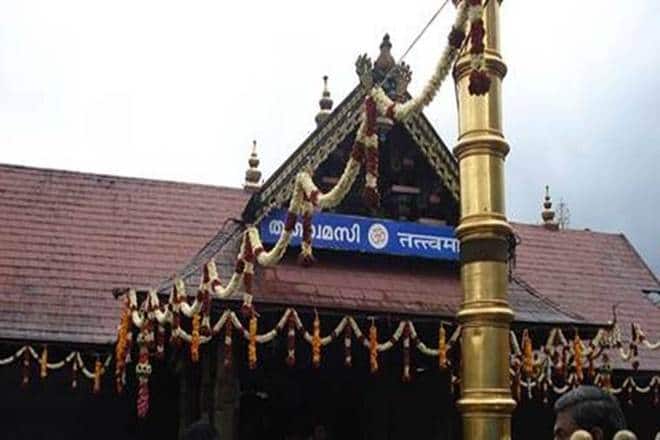 The Sabarimala temple is located along the Western Ghats in Kerala's Pathanamthitta district.

The Supreme Court will on Thursday pronounce its judgement on a bunch of review petitions challenging the top court’s 2018 verdict allowing entry of women of all age groups into the Sabarimala temple. The verdict will be pronounced by a Constitution bench led by Chief Justice of India Ranjan Gogoi and comprising Justices Rohinton Nariman, AM Khanwilkar, DY Chandrachud and Indu Malhotra.

The top court will pronounce its verdict on 56 review petitions, 4 fresh writ petitions and 5 transfer pleas. The petitions were filed after its judgement sparked violent protests across Kerala. Security has been stepped up in the temple town ahead of the verdict tomorrow. The SC’s judgement had sparked violent protests with agitators slamming the top court of infronging upon the faiths and beliefs of citizens. The review petitions have argued that by allowing women of all age groups, the top court was trying to alter their beliefs which were not acceptable to them.

A brief timeline of the Sabarimala temple case-

1990- A petition was filed in the Kerala High Court by S Mahendran seeking a ban on entry of women inside the Sabarimala temple.

1991- In a judgement on August 05, 1991, the Kerala High Court had upheld the restriction of women of certain age entry inside the holy temple.

2006- A petition was filed in the top court by Indian Young Lawyers Association seeking entry of women between 10 to 50 years at the historic temple.

2007- The then LDF (Left Democratic Front) government led by Chief Minister VS Achuthanandan had filed an affidavit in the court supporting PIL (Public Interest Litigation) questioning ban on entry of women devotees.

2016- A division bench of two judges of the apex court on January 11, had raised the question over the restriction of female devotees inside the historic temple. On April 11, 2016, the then UDF (United Democratic Front) government led by Chief Minister Oomen Chandy informed the apex court that it is bound to “protect the right to practice the religion of these devotees.”

To its reply, the court noted that gender justice is endangered by a ban on female pilgrims. On April 21, Hind Navotthana Pratishtan and Narayanashrama Tapovanam had filed petition supporting the entry of women inside the temple. After the state assembly election, the LDF government was formed headed by Chief Minister Pinarayi Vijayan. The government in a fresh affidavit added that it favoured the entry of women of all age groups.

2017- The top court refers the case to Constitution bench.

2018- Five judge Constitution bench headed by the then CJI Dipak Misra had commenced the hearing over the matter. On September 28, the apex court in 4:1 judgement had allowed entry of women inside the temple. Following the judgement, several incidents of clashes took place between the protestors and the police. However, even after the top court’s verdict, a large number of followers had restricted the entry of women in the age group of 10 to 50 years.

Some facts about the historic temple-

3) The Sabarimala temple had experienced two major stampedes-like incidents in which more than 100 people have lost their lives. A total of 53 people have died during a stampede on January 14, 1999, while 104 people were killed in 2011.

4) Before visiting the holy temple, the visitors are supposed to fast for 41 days in a way to cleanse their minds. According to reports, over 3.5 crore people have visited the historic temple in 2016 alone. The temple is open for people of all religions.