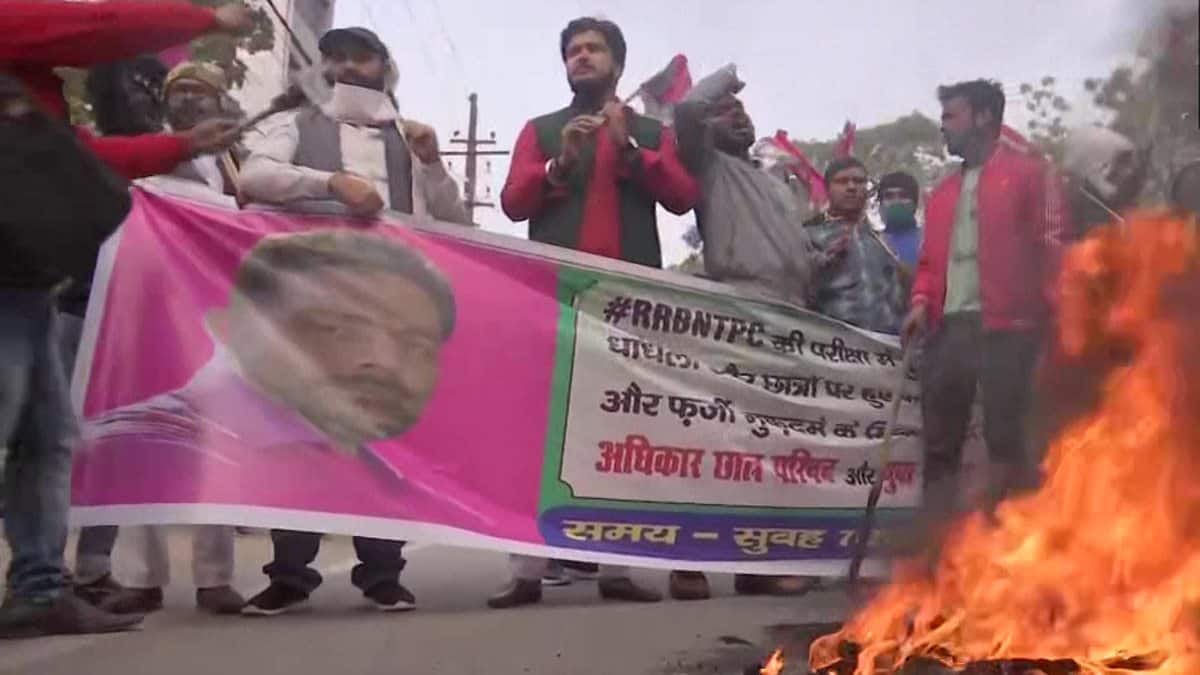 RRB NTPC Protest Bihar Bandh Updates: Indian Railways job aspirants today held protest across Bihar as Mahagathbandhan parties including RJD and Congress announced their support for a ‘Bihar Bandh’. A clutch of student organisations have called for Bihar Bandh today against alleged irregularities in the Railway Recruitment Board’s examination process. While NDA allies parties HAM and VIP supported the Bandh call, the BJP has demanded withdrawal of the cases registered against the students. In a joint statement issued here on Thursday, the RJD, Congress, CPI and CPI(M) said, Bihar has the most number of young people in the country and has the highest unemployment rate. Students are being cheated by the Central as well as Bihar governments.

Students’ organisations including the All India Students Association (AISA), have called for the state-wide bandh to protest against the alleged irregularities in the Railway Recruitment Board’s Non-Technical Popular Categories (RRB-NTPC) exam 2021. The protests started in the state after several students claimed that there were discrepancies in the RRB recruitment process.

Bihar Bandh Live Latest Updates: A joint press conference of the Grand Alliance parties was held in the RJD office yesterday. Everyone gave a call to make Bihar Bandh a success.

The government’s decision to conduct two computer-based tests (CBT) for the RRB Non-Technical Popular Categories (NTPC) had irked thousands of students across the state who wanted a single test. The results for CBT-I for Group-D jobs was released on January 14, shortlisting candidates for CBT-II. The protesters had claimed that this criterion for recruitment was clarified in the initial RRB notice inviting applicants. They said notice had spoken of only one exam.