Can RPN Singh’s entry into BJP have a ripple effect on Congress in Jharkhand? UP elections could hold the key!

The entry of former Union minister RPN Singh into the BJP is largely being seen as a development centered around the Uttar Pradesh elections. However, allegations of attempts to destabilise the JMM-Congress-led government in Jharkhand have put the spotlight on a story that may be unfolding miles away. 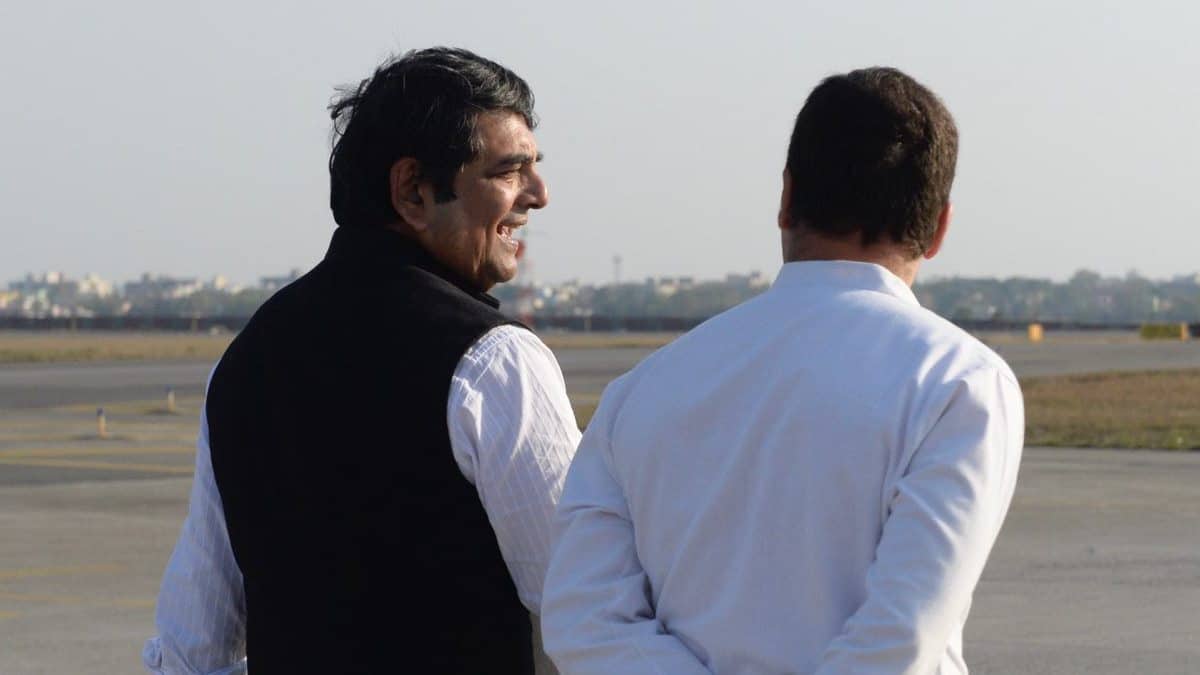 The 57-year-old leader, RPN Singh, is popularly known as Raja Saheb of Padrauna.

The entry of senior Congress leader and ex-Union minister Ratanjit Pratap Narain Singh into the Bharatiya Janata Party evoked an unusual response from the state unit of Congress miles away in Jharkhand. Visuals of party workers spontaneously breaking into celebration and bursting crackers appeared to blunt the context of what had just happened. RPN Singh’s entry was being played out by the BJP as a big catch ahead of the Uttar Pradesh elections. However, many Congress leaders in Jharkhand said they were breathing a sigh of relief.

Speaking to FinancialExpress.com, Amba Prasad said that Congress has breathed a sigh of relief after Singh’s exit. “As a worker of the Congress, when I came to know about Singh’s anti-party role, I had informed the party high command in a meeting and gave it in writing. RPN Singh must have come to know that he is being exposed, so he chose to switch to the BJP. The high command had assured me of action against him soon. It is good that he has resigned before any action by the party. He was working for the BJP while in Congress. He was working to weaken the party, our MLAs, our ministers. The crisis is over, otherwise, no one could have imagined what would have happened to the party,” she claimed.

Jharkhand BJP president Deepak Prakash, while dismissing the allegations, said that Singh’s experience will benefit the saffron party, both in UP as well as in Jharkhand. “He is a big leader. Besides his experience and political aura, he has been an active member of the Congress party. The party will benefit in the Uttar Pradesh election as well and in Jharkhand, he knows social and geographical nuances and that will be beneficial for the party,” he said, adding that Prasad should desist from levelling wild and baseless allegations without any evidence.

RPN Singh’s credentials and his education do make him a high-profile leader, but questions remain over the impact his joining ranks with the BJP will have on the politics in Jharkhand. A journalist who has covered the state’s politics extensively said that RPN Singh had played an important role during the assembly elections in the state in 2020 and was crucial in placing Congress on the winning side. He said that it was RPN Singh who ensured that Dr Rameshwar Oraon was replaced by Rajesh Thakur as the PCC president in Jharkhand. “While Singh’s immediate focus may be the Uttar Pradesh assembly elections as he was on the losing side in the 2014 and 2019 Lok Sabha elections, there will be repercussions in Jharkhand as well, if not immediately, then in coming times,” he told FE Online.

The BJP needs 41 MLAs on its side to reach the magic figure of 41 in the 81-member Jharkhand Assembly. The opposition currently has 30 MLAs, including 25 of the BJP, two from the AJSU, and two Independents, leaving the BJP alone 16 short of the magic mark. The government, on the other hand, has 51 members — 30 of JMM, 18 of Congress, one each of the RJD, NCP and CPI(M-L). RPN Singh, reports claim, had managed to get eight MLAs on his side, but failed in getting 12 of the 18 MLAs required to split the party.

The Congress, meanwhile, officially maintains that its leaders remain strong and united. Geeta Koda, Congress MP and Jharkhand PCC working president, denied any impact of Singh’s exit on the coalition government in the state. “From one leader’s resignation, there won’t be any impact in Jharkhand. Our party and MLAs are standing strong unitedly,” said Koda.

RPN Singh is a former MP from UP’s Padrauna and hails from the royal family that used to rule the region once. A strong OBC leader, Singh is from the Kurmi community. It’s being speculated that the BJP may field him against his arch-rival Swami Prasad Maurya who had recently resigned from the Yogi Adityanath’s cabinet to join the Samajwadi Party. If he emerges victorious, and his party manages to retian power in UP, doors may automatically open for Singh to the Rajya Sabha and a possible role at the Centre, something that will put him at par with leaders like Jyotiraditya Scindia and Jitin Prasada, who also moved to BJP from the Congress.

While BJP remains dismissive of the allegations against Singh, experts believe that the allegations against Singh cannot be set aside as merely a case of mudslinging that happens every time a prominent leader switches sides. They said that the accusation by Amba Prasad cannot be ruled out but mudslinging happens whenever a big leader switches sides. The structure of the present assembly, says Dr. Alok Kumar Gupta, Head, Department of Politics and International Relations at the Central University of Jharkhand, makes it difficult to rule out allegations of a conspiracy to dethrone the ruling government.

“The accusation by Amba Prasad is quite normal. It happens when a big leader leaves the party. But, sometimes political parties plant a trojan horse in another party to bring down a government if there is a thin line majority. Even in the case of Jharkhand, the Jharkhand Mukti Morcha has 30 seats and the BJP has 25 seats. So, the Congress with 18 seats is very crucial and if they shift sides, the government may fall….There could be a possibility that the BJP may have been conniving with RPN to prevent the Congress and he has a strong personality though he may not have a mass base, unlike other leaders who have risen up the ladder….You cannot rule out accusations of Amba Prasad given the statistical structure of the present assembly,” said Dr Gupta.