Dozens of Congress workers gathered at Shivaji Park area in Allahabad and hung a board bearing Rishi Kapoor’s name outside a Sulabh toilet. 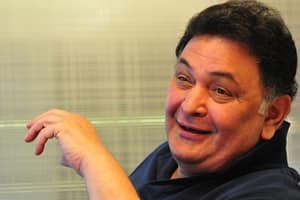 The 63-year-old actor has courted controversy and faced wrath of Congress party after he attacked the practice of naming all the major assets of the country after the Gandhi family members during the Congress rule.

Agitated with Rishi Kapoor for his scathing attack on the Nehru-Gandhi family, the Congress workers in Uttar Pradesh’s Allahabad city have found a unique way to seek revenge and named a public toilet in the city after the Bollywood actor.

Dozens of Congress workers gathered at Shivaji Park area in Allahabad on Tuesday and hung a board bearing Rishi Kapoor’s name outside a Sulabh toilet.

In response, the actor jocularly told a leading English daily that he was thrilled by such a move.

The 63-yeaar-old actor said unlike the ‘Congress loyalists’, he would be of some use to the people.

He also said that he takes pride in the fact that the Sulabh shauchalaya is named after him because it is Prime Minister Narendra Modi’s ‘pet project’ (Swachh Bharat).

The actor had earlier in a series of tweets slammed the Nehru-Gandhi family for keeping the names of several institutions after former prime minister Rajiv Gandhi.

“If roads in Delhi can be changed why not Congress assets/property ke naam? Was in Chandigarh wahan bhi Rajeev Gandhi assets? Socho? Why?” the actor added.

The veteran actor then asked for suggestions from the people on whether the names can be after film personalities like Dilip Kumar, Dev Anand, Ashok Kumar, Amitabh Bachchan and others.