At the end of the journey, the passenger asked Byapari if he would be interested in writing his story, giving him a piece of paper with her name and address. The name on that piece of paper was Mahasweta Devi. 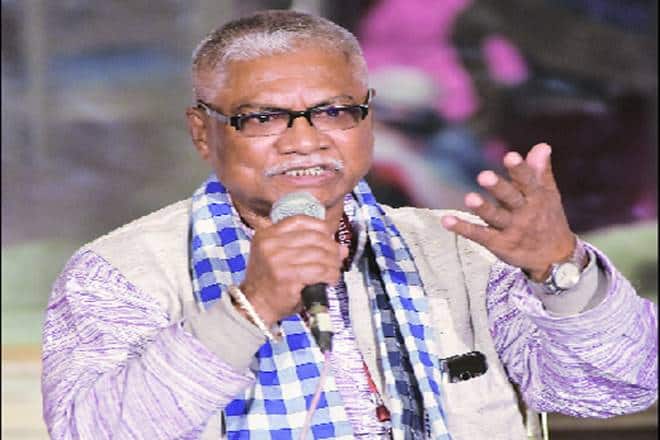 A word changed the life of Manoranjan Byapari. A rickshaw-puller in the chaotic streets of Kolkata, Byapari one day asked a passenger the meaning of the Bengali word jijibisha.

A word changed the life of Manoranjan Byapari. A rickshaw-puller in the chaotic streets of Kolkata, Byapari one day asked a passenger the meaning of the Bengali word jijibisha. He thought the sari-clad passenger, who hailed his rickshaw near a college, must be a professor. “It means ‘the will to live’,” said the bemused passenger, beginning a conversation in the carriage. “Where did you get the word from?” the passenger asked. “From a book,” the rickshaw-puller replied, prompting the passenger to know how far he had studied. Byapari didn’t hide the fact that he hadn’t gone to school and was self-taught. At the end of the journey, the passenger asked Byapari if he would be interested in writing his story, giving him a piece of paper with her name and address. The name on that piece of paper was Mahasweta Devi. “I was shocked to learn that my passenger was one of the most famous writers in Kolkata,” recounts Byapari about the incident nearly four decades ago that changed his life. Adding to the quirk of fate on that day was a book of Devi, a collection of short stories titled Agnigarbha, which was kept under the seat of the rickshaw. “She was happy that I was reading her book,” says Byapari, who spent the next few weeks struggling to write his story. He finally wrote 20 pages and handed them over to Devi. Byapari’s story appeared in early 1981 in Bartika, a Bengali magazine published by Devi. It was titled I Drive a Rickshaw. On January 25, the opening day of this year’s ongoing Jaipur Literature Festival, Byapari’s journey, from being a rickshaw-puller to a writer, added great freshness to the event’s fabled narrative. Now an author of nine novels and several short stories, Byapari talked to a packed audience at the gilded Durbar Hall venue of the festival about his autobiographical novel, Itibritte Chandal Jiban, now available in English as Interrogating My Chandal Life: An Autobiography of a Dalit. “It’s not literature,” Byapari told his audience. “It’s truth.” Author Namita Gokhale, one of the directors of the festival responsible for selecting Indian writers for the event, describes Byapari’s life as an ‘incredible’ story. “It’s incredible how he met Mahasweta Devi while pulling a rickshaw in Kolkata,” Gokhale says. Born in Barisal district of Bangladesh (then East Pakistan) in 1950, Byapari lived in a refugee camp in West Bengal as a young boy after his parents decided to migrate to India three years later. He worked in dhabas, washed plates and became a revolutionary, something that landed him in jail. It was in a prison in Kolkata where he learned to read, which would prove to be a life-changing decision. Out of jail, he became a rickshaw puller who always read books. Then came an interlude when he went to Chhattisgarh in the 80s to work with labour leader Shankar Guha Niyogi. After Niyogi’s assassination in 1991, Byapari returned to Kolkata and continued to write. “I wrote novels, short stories and essays,” he says. All his books dealt with the struggles of marginalised people like him, an influence of Devi whose works like Hajar Churashir Maa (adapted by Govind Nihalani as the Hindi film Hazaar Chaurasi ki Maa) talked about poor people with strong will.

Byapari’s first appearance at the Jaipur Literature Festival came five years after Devi delivered the keynote address at the event, calling herself “a writer in anguish”. “I write because I am angry,” Byapari echoed his mentor’s words this time, explaining his own works. His works also point to possibilities. “The wheels turned and we moved closer to our destination,” he writes in Interrogating My Chandal Life about his encounter with Devi in 1980. “But which wheels were really turning? The rickshaw wheels or the wheels of my destiny? Which moved forward? Was it just my rickshaw or was it me?” Byapari wants to be known as a ‘Dalit writer’. Many literary critics call him one of the loudest voices in Dalit writing in Bengali. He stopped pulling rickshaws two decades ago, moving from Kolkata to Khudirabad in 24 Parganas district of West Bengal. In Khudirabad’s Helen Keller School for the Deaf and the Blind, Byapari and his colleagues cook food for 300 students every day. “That’s my job,” he says, before running his fingers on the chequered scarf on his neck. “This scarf is enough for me. I can lay it on the ground and sleep, tie it as a turban or put a copy of the Bhagavad Gita and sling it as a weapon.” It’s a searing image, like that of Kolkata rickshaw-puller Hasari Pal in Dominique Lapierre’s 1985 novel City of Joy, but with a fierce determination, stronger voice and a mighty pen.